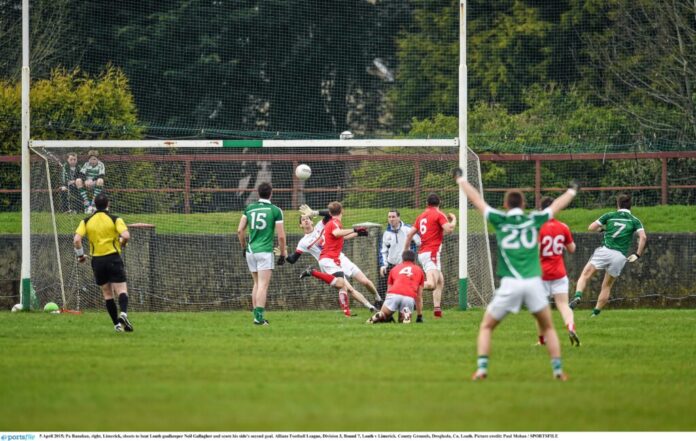 On this day six years ago, the Limerick footballers maintained their Division 3 status with a win over Louth in Drogheda. Twelve years ago, the hurlers had four points to spare over Waterford in the National Hurling League.

Limerick staved off relegation with a second consecutive win to round off their 2015 National Football League campaign.

Their 2-13 to 2-11 win in Drogheda Park was enough to see them stay up and relegate their hosts.

Despite dominating the opening half, Limerick only had a slender 0-8 to 0-7 lead over the Leinster side at the break.

Quickfire points after the restart had Louth ahead but Peter Nash replied with the first goal of the game after 40 minutes.

Then Louth were dealt a blow when Kevin Toner was sent off in the 55th minute by which time Limerick had established a lead.

Louth put some gloss on the scoreline with a brace of goals but the result was never in doubt as Limerick pulled off the great escape.

Limerick manager Justin McCarthy got one over his former side as the Treaty defeated Waterford 2-14 to 1-13 in the sixth round of the National Hurling League.

Within five minutes, Limerick were 1-2 to 0-0 clear with Niall Moran grabbing the outings opening goal.

Waterford didn’t get their first point until the 13th minute and their first from play wouldn’t arrive for another six minutes.

But Limerick’s wide tally was proving costly and Waterford were level when Eoin Kelly struck for goal after 20 minutes.

Limerick moved two clear but Waterford hit back with two of their own.

Brian Geary was sent off in the 47tth minute and Waterford took the lead for the first time a minute later with Dan Shanahan firing over.

Moran levelled for Limerick and after a stunning save from Brin Murray allowed the Shannonsiders to move up the field with Donie Ryan finishing to the net.

Moran moved Limerick four clear and they maintained the lead for the remainder of the game to earn a third win in six games.