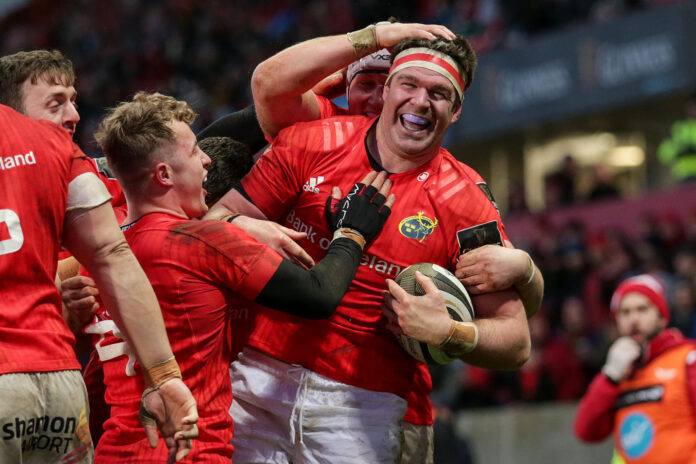 LIKE CJ Stander, there was much reaction to Billy Holland’s announcement that he was calling time on his career at the season’s end.

The veteran lock is Munster’s second all-time appearance maker and has been so consistent since he broke into the side almost a decade ago.

On Saturday, there was no fairytale end for Holland as Munster’s Champions Cup campaign came to an end at the hands of Toulouse in Thomond Park.

In the aftermath of the game, a clearly emotional Holland spoke at length about the importance of Thomond Park and his connection with the fans.

“I’m really going to miss the fans, they are incredible. Running out here on a full house, it’s an incredible atmosphere. The connection between the players and fans is really special and it has helped people like me play above myself.

“I’ve played against guys that are bigger, stronger, more talented than me but there is something about this place when things are flowing, you’re like a man possessed and that’s what playing for Munster means to me.”

The post WATCH: “That’s what playing for Munster means to me” – Billy Holland after final European appearance for Munster appeared first on Sporting Limerick.