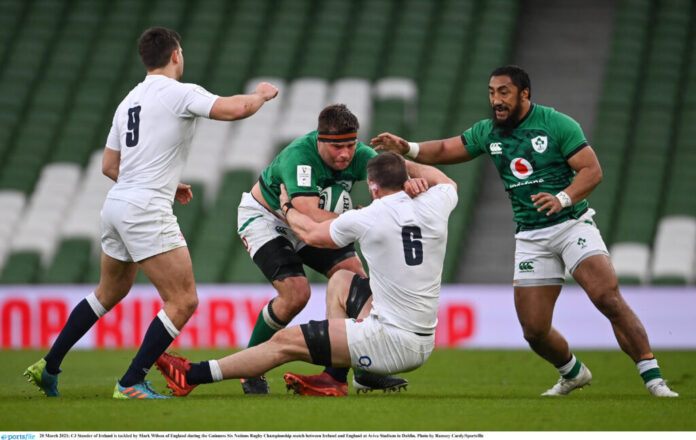 MUNSTER Rugby’s CJ Stander and Tadhg Beirne have been named in the Guinness Six Nations Team of the Tournament for 2021.

Stander made his 51st and final Ireland appearance against England in a 32-18 victory on the 20th of March. The number eight last month announced he will be retiring from professional rugby this Summer but will have done his Lions Tour chances no harm at all with a string of impactful displays in recent games.

Tadhg Beirne will also be hoping for a seat on the plane to South Africa. The 29 year-old Kildare man has played 22 times for his country since arriving home from Llanelli in 2018 and was Ireland’s star player in this year’s championship. Beirne’s turnover talents, athleticism and defensive work-rate have made him one of the first names on the Irish teamsheet and he is thoroughly deserving of a place on the Six Nations dream team.

Former England winger Ugo Monye selected positional shortlists before fans voted for their team of the Championship. Five Irishmen made the cut.

The post CJ Stander and Tadhg Beirne named in Six Nations Team of the Tournament appeared first on Sporting Limerick.