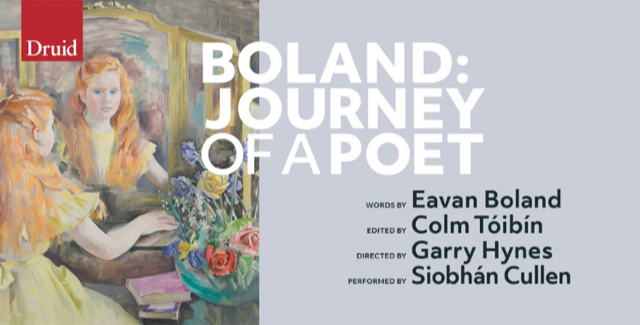 ‘If there was a narrative to my life in those years, then let this be the sound of it.’

With words by Eavan Boland, edited by Colm Tóibín and directed by Garry Hynes, ‘Boland: Journey of a Poet’ is a new theatrical production exploring the mind and imagination of one of Ireland’s great poets.

Also, inspired by Eavan Boland’s mother, the expressionist painter Frances Kelly, ‘Boland: Journey of a Poet’ will feature the Irish artist Debbie Chapman live on stage who will create a piece of art in response to the production.

‘Boland: Journey of a Poet’ is the latest in the Druid at Home series of online theatre. Previously, Druid presented the world premiere of Sonya Kelly’s ‘Once Upon a Bridge’ and an encore screening of their 2020 production of ‘The Cherry Orchard’.

How to Book and Watch

There will be four live stream performances of ‘Boland: Journey of a Poet’ from The Mick Lally Theatre in Galway between Thursday 22 and Saturday 24 April.

A performance recording will then be available to view on demand between Tuesday 27 April and Sunday 2 May. Purchasing an on demand ticket allows you to view the performance on one device in your own time from Tuesday 27 February 2021 at 10am GMT until Sunday 2 May at 11pm GMT 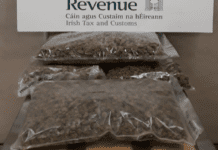 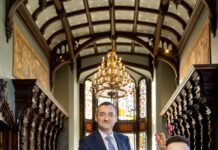 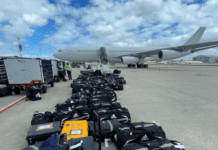 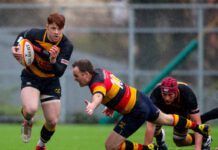