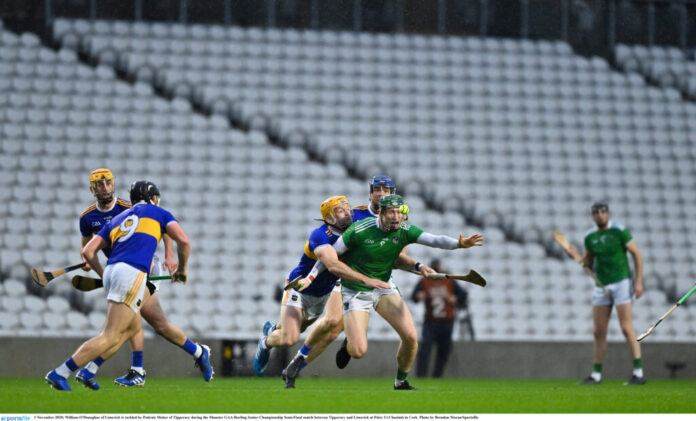 THE Irish Examiner are today reporting that this years Munster Senior Hurling Championship games will be held at neutral venues like they were in 2020.

The draw for both the Munster championships are set to take place on RTÉ Radio’s Morning Ireland on Monday week.

With the round robin format that was seen in 2018 and 2019 likely to be back in place for the 2022 season, teams will retain the home advantage that they were originally have last year.

That means Limerick will host Tipperary and Waterford next year and travel to Pairc Ui Chaoimh and Ennis.

In the Munster football championship, Limerick will face one of Kerry, Clare or Waterford in the quarter-finals with Tipp and Cork receiving a bye into the semi-finals having contested last year’s final.

Like 2020, this year’s football championship will operate on a knockout basis.

There is to be no bye’s in the SHC with one quarter-final to be played.

The post Munster SHC games to be held at neutral venues for second consecutive year appeared first on Sporting Limerick.