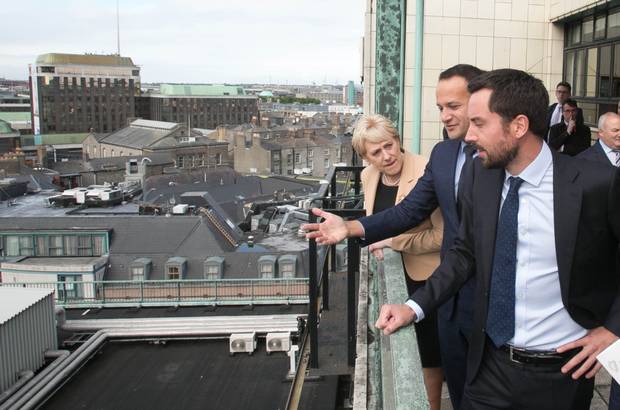 THE Minister for Housing, Local Government and Heritage Darragh O’Brien TD has announced that the role of Chairperson of the Land Development Agency (LDA) has been advertised on the Public Appointments Service (PAS) website.

As the LDA Bill to establish the LDA as a commercial state agency is now progressing through the Oireachtas, preparations are being made to recruit a Board for this agency. Under the Guidelines for Appointments to State Boards, these board positions are advertised and recruited through the stateboards.ie process. It is usual practice to advertise the Chairperson position first followed by the ordinary board member positions.

The LDA Chairperson role has been advertised on stateboards.ie with a closing date for applications of 29th April 2021. It is open to members of the interim board of the existing LDA entity to apply for the Chairperson and other Board positions should they wish to do so.

Commenting Minister O’Brien said “I would encourage suitably qualified candidates to apply for this post. I intend to fulfil the Programme for Government commitment to ensure that the LDA Board includes a cross-spectrum of housing, financial, governance and other independent experts needed to fulfil its remit. Oireachtas colleagues have also made some proposals for additional skillsets to be represented on the LDA Board which I am certainly open to considering.

The LDA is already progressing a number of important strategic projects which will produce significant levels of affordable homes on public lands. It is an exciting long term project, which will profoundly shape the regeneration of our urban centres over the coming years and deliver much needed homes. If you feel you have the right skillsets and want to drive housing delivery, I would encourage you to apply to serve on the LDA Board as and when the board roles are advertised.”

The Minister said “I would like to take this opportunity to thank John for all his work on behalf of the LDA since his appointment in January 2019. John has played a key role in setting the strategic direction of the LDA, putting in place corporate governance structures for the organisation and overseeing the initial LDA projects and strategic initiatives. He has also performed a vital communications role in highlighting the central role that the LDA will play in delivering and implementing Project Ireland 2040, the Government’s plan to create sustainable communities and help reduce urban sprawl.

In particular, I would like to note the major contribution that John has made in developing the LDA’s regional city strategies and the various master-planning processes underway in our cities in conjunction with the relevant local authorities. In time, these processes will bear fruit in terms of balanced regional growth in Ireland. I know John is involved in other important initiatives and I wish him well in those ventures,” he concluded.