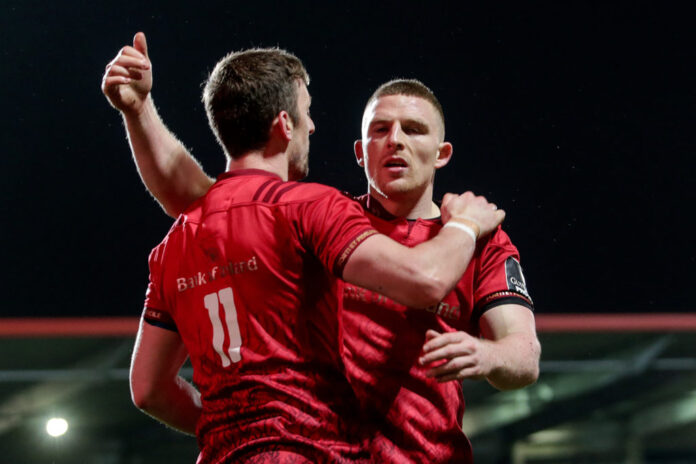 DARREN Sweetnam joined Ronan O’Gara’s La Rochelle in March as a medical joker on a three-month deal after nine years with Munster.

Sweetnam joined the Academy set up in 2012 before making his senior debut in 2015.

Overall, the Corkman featured 92 times for the province, scoring 22 tries in the process.

His gametime in recent years has been limited with Keith Earls, Andrew Conway, Mike Haley and Shane Daly ahead of him in the pecking order.

Nonetheless, the former Cork senior hurler will leave the province with plenty of memories as Munster put together a highlights package ahead of his departure.