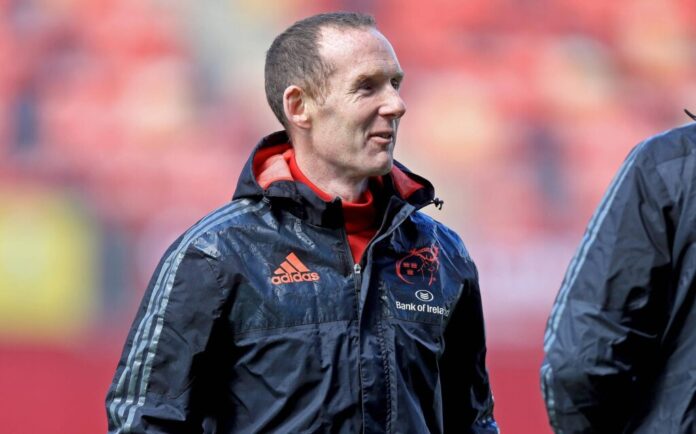 MUNSTER Rugby have this morning announced that former assistant coach Ian Costello will return to Thomond Park next season to take on a role as Greencore Academy manager.

Ian Costello became head coach of the Munster A team in 2011 and led the side to the British and Irish Cup title in 2012. He was subsequently named as assistant coach for the senior team in 2014 alongside Anthony Foley before eventually departing in 2016.

Costello has since spent five years in the England where he acted as head coach for Nottingham Rugby before taking on the role of defence coach for Wasps in 2018. Having finished 9th in the English Championship in 2017, Costello helped Nottingham to a fourth place finish in 2018 before being head-hunted by the two-time Heineken Cup champions.

Commenting on the appointment Costello said, “My family and I have had an incredible experience in the UK over the last five years at Nottingham and Wasps, but we are very excited for an opportunity to return home and once again work with Munster and the IRFU.

“I would particularly like to thank Wasps for the support and understanding they have shown me and my family. I am deeply passionate about Munster and Irish rugby and look forward to the challenge and responsibility of being part of developing the elite player pathway in Munster.”