Home Sport Gaa On This Day: Kiely’s men fall in League semi-final in 2017 but... 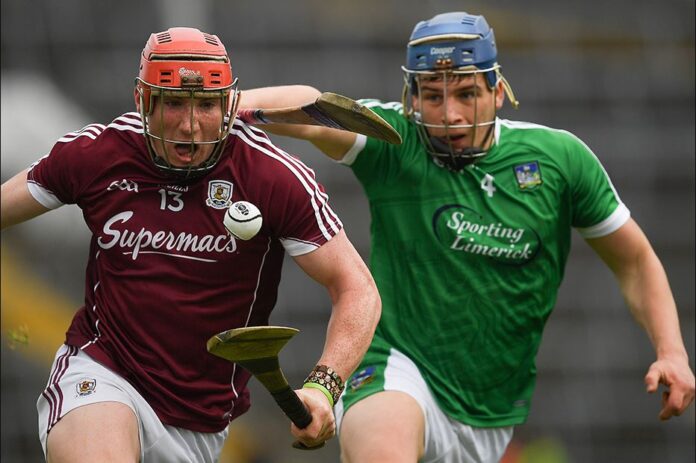 ON this day four years ago, John Kiely’s Limerick hurlers fell to Galway in the League semi-final in the Gaelic Grounds. in 2006, they were successful in the quarter-final stages, beating Waterford.

A below-par Limerick were made to pay as Galway rolled over John Kiely’s side 1-21 to 1-11 in the National Hurling League semi-final in the Gaelic Grounds.

The sides traded points early on with Shane Dowling clipping over a couple of frees. Galway’s threat from their inside forward line was on display from the start and the trio of Conor Whelan, Conor Cooney and Cathal Mannion hit eight from play in the first half between them.

Limerick were offered a lifeline after 20 minutes with William O’Donoghue’s goal bring the deficit back to 0-7 to 1-3. But Limerick failed to kick on from the tonic as Galway outshot them six to two in the final 15 minutes of the half.

Kiely’s side did have the deficit back to a goal on 56 minutes as they limited the away team to just two scores in the first twenty minutes of the second period.

But then Cooney struck for goal to effectively take the wind out of the Limerick sails. Five more Galway scores followed as the Tribesmen eased into a first League final since 2010 with ten points to spare.

Limerick advanced to the League semi-finals after defeating Waterford 0-21 to 0-14 in Semple Stadium.

Despite dominating territorially, Limerick were guilty of inaccuracy as they failed to put a lacklustre Desie away.

10 first half wides were a real concern for Joe McKenna’s side as they lead by the minimum, 0-8 to 0-7 at the interval.

Donie Ryan extended the gap after the restart but Waterford were to hit a purple patch in the third quarter.

With Ken McGrath imperious at centre-back, the Deise took control and scores from Dan Shanahan and John Mullane had them into their first lead of the game after 50 minutes.

Ryan would equalize for Limerick and from here on in, they would reassume control of the contest.

Mark Keane, Andrew O’Shaughnessy and Stephen Lucey pushed Limerick into an unassailable lead. Waterford had a chance to reduce the margin with a penalty but it was deflected wide with Keane and Ryan on hand to further punish the Deise late on.

The post On This Day: Kiely’s men fall in League semi-final in 2017 but win out in 2006 quarters appeared first on Sporting Limerick.