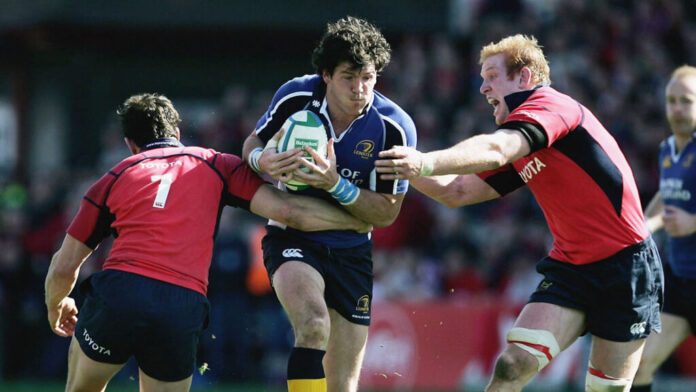 On this day in 2006, Munster proved far too strong for Leinster in the first ever all-Irish Heineken Cup semi-final winning out 30-6 in the RDS.

Leinster on the other hand were looking for a place in their first ever final.

Inside the opening two minutes, Munster had taken the lead with O’Gara punishing poor discipline from Leinster with a penalty.

The lead was out to 10 with as many minutes on the board as Denis Leamy drove over following a line out with O’Gara making no mistake from the tee.

Felipe Contepomi got Leinster off the board with a penalty after 20 minutes.

O’Gara hit back with two more penalties with Contepomi missing in retort to give Munster a commanding 16-3 lead at the break.

Contepomi missed another chance to reduce the deficit seven minutes into the second half but the Argentine did have the lead back to ten with 69 minutes on the clock.

But his opposite number O’Gara was on hand after 77 minutes to put the game beyond doubt as he skipped past the Leinster challenge to stroll in for Munster’s second try.

Three minutes later, Trevor Halstead put the icing on the cake as his intercept try sealed a historic 30-6 win.

Rewacth the game in full below.