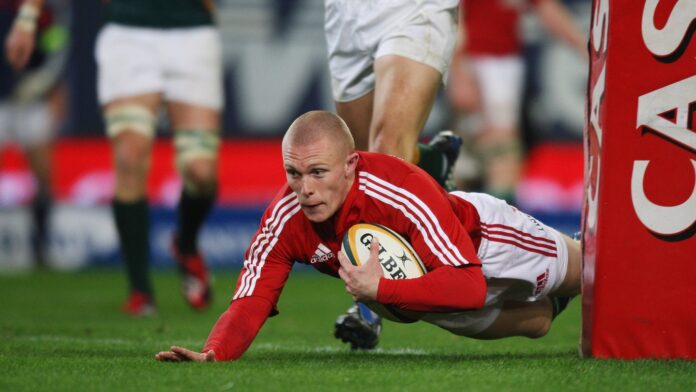 33 year-old Earls has enjoyed an excellent season with Munster and Ireland. The Limerick star was one of Ireland’s top performers in the 2021 Six Nations Championship and scored twice against Toulouse in the Champions Cup round of sixteen.

Earls is now just one try shy of Simon Zebo’s try-scoring record for Munster and can still add to his tally in the Rainbow Cup before the Summer international window.

The Moyross man’s former teammate Rory Best thinks he would fully deserve a place in Warren Gatland’s squad, even though the back three competition is particularly strong at the moment.

“I think the problem is there are so many back-three players,” Best said.

“And up to the last game [of the Six Nations], it felt like Ireland probably weren’t expressing themselves enough and Earlsy is very much someone who will work so hard for the team.

“But I’m not necessarily sure that that’s something that Gats will overly reward as much as somebody like George North. He loves big impact players, which Earlsy isn’t.

“But if you want somebody to be organised, disciplined and work really, really hard – like obviously, I would bring him because he’s one of the best players of played with.”

Tadhg Beirne is another Munster man that has been in brilliant form this campaign. Best reckons Beirne is nailed on for a place in Gatland’s plans and suggested he could be joined by some of Leinster’s high flying prospects.

“Tadhg Beirne I think most definitely has to be [in the squad]. Even the way he’s playing with Munster, he’s carried his form through.

“I think Caelan Doris, he has to have a big, big game this weekend. He has to start another big game. Because I think that number eight… there’s Toby Faletau and then I’m not sure where you go after that because Billy Vunipola hasn’t been good and he’s probably living off his name a little bit.

“And he’s playing Championship rugby, not Champions Cup rugby. So there are opportunities for someone like Caelan Doris.”

Hooker Ronan Kelleher is another Leinster player that Best has been impressed by in recent months.

“I think he has a really, really good chance and I think this weekend will be big for him

“I thought he was great last time out against Exeter. He has been really good. He delivers in a lot of areas that Warren Gatland loves. He’s big, he’s physical, he carries really, really well and I think if he can have a strong showing this weekend and deliver in the areas that he’s really good at, I wouldn’t be surprised to see him on there.”