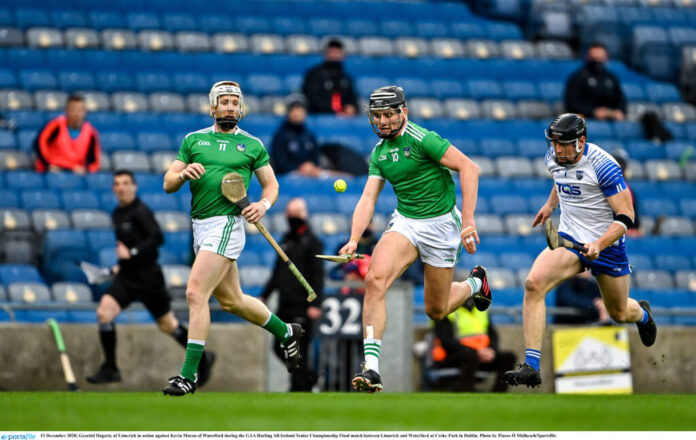 TG4 HAVE released their broadcasting schedule for the 2021 Allianz Football and Hurling Leagues.

Each of the Limerick hurlers first four National Hurling League fixtures will be shown live on television as TG4 announced their GAA schedule for May and June.

Limerick’s second round trip to Salthill to face Galway will be shown live at 3.45pm on Sunday May 16.

Their clash with Waterford a week later will be shown live by the Irish broadcaster at 3.45pm.

Eir Sport have already confirmed live coverage of the first round clash with Tipperary on May 8 and the game with Cork in round 4 on June 5.

TG4 have yet to confirm the games to be shown on the final weekend of the Hurling League with Limerick down to play Westmeath in Mullingar.

In addition to the live coverage of the Allianz Leagues games, GAA 2021, TG4’s weekly Gaelic Games TV highlights show, returns on Monday May 10 at 8pm. The series will broadcast all the best action from the previous weekend’s games.

Games in the National Football League that are not shown live by TG4 or EirSport will be available on GAAGO as they were in 2020 with Billy Lee’s senior footballers opening their campaign against Tipperary on May 15 at the LIT Gaelic Grounds.

Sunday May 23rd v Waterford in Walsh Park at 3.45pm

Saturday 22nd May v Offaly in Tullamore at 3pm

Saturday 29th May v Wicklow in Aughrim at 3pm