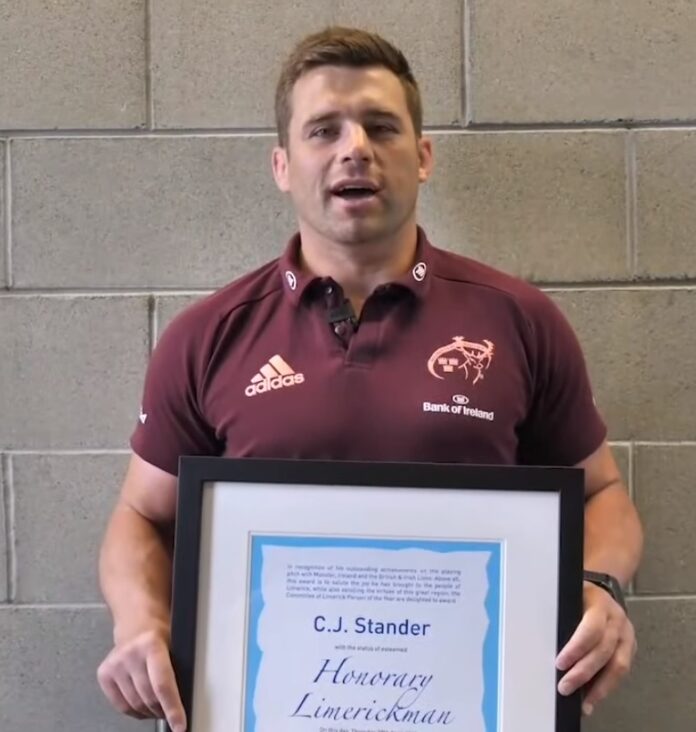 Stander joined Munster in 2012 from South Africa’s Blue Bulls and has went on to make 153 appearances for the men in red, scoring no less than 42 tries.

The 31 year-old announced his retirement from rugby last March for family reasons and will complete his time with Munster upon conclusion of the PRO14’s inaugural Rainbow Cup competition. He plans to remain in South Africa after this Summer’s Lions Tour and live with his wife Jean Marie and their young daughter near his family home in George.

A hugely respected teammate and friend within the Munster set-up, the Ireland and Lions number eight will be dearly missed next season. Stander was a fan favourite at Thomond Park for the past number of seasons and won the Munster Player of the Season award in 2015, 2016 and 2020. The heavy-hitting ball-carrier also won the Ireland Player of the Year gong in 2016.

Accepting the award, CJ said: “It is a big honour for me and my family. It has been a big, big pleasure living in a lovely city like Limerick.

“Thanks to everyone who made us welcome since day one and thank you for all the support you have given me personally and, secondly, as a team with Munster.”