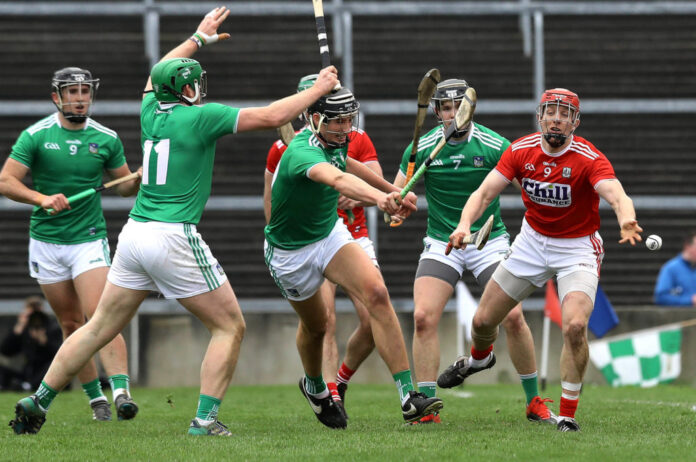 AS we turn a corner on the May Bank Holiday, the start of the 2021 GAA season is on the horizon with the National Hurling League returning this weekend.

The first round action is highlighted by the clash of Limerick and Tipperary in the LIT Gaelic Grounds on Saturday May 8.

The league will be played out on five consecutive weekends with just a fortnight break before the championship kicks off in late June.

With that in mind, the league will take on an added importance for teams with everyone desperate to hit the ground running.

Ahead of the resumption of the League, we will release our list of every teams top 5 players, with 50 players in total chosen.

Today we begin with the 5th best player from each of the top 10 teams below!

Far from the most stylish player in the Clare panel, O’Connor is arguably one member of the 2013 side that hasn’t let his standards drop. A stalwart of the Banner rearguard, O’Connor has served in all areas of the defence since his debut a decade ago.

The longest serving member of the panel was dealt a detback when he was dropped for the qualifier clash with Laois last summer but he was back for the next game against Wexford as he helped a depleted side into the quarter-finals.

Has served as captain of the side in recent years, most notably in 2018 as he lead the side to an All-Ireland semi-final. The heartbeat of the Banner defence.

Probably the least glamorous player on the Cork side but no less effective than any of his peers. A trojan workhouse, the Youghal man is the heartbeat of the Rebels.

Originally started out his career in the half-forward line, Cooper settled into midfield where Cian Lynch namechecked him as his most difficult opponent.

Cork have experimented with the veteran at centre-back where he showed his quality and composure. Yet, there is no doubting he is at his best when deployed in the middle of the park.

One of a few current Corkmen that have three provincial titles at their disposal.

Burke was Dublin’s sole All-Star nominee in 2020 after a sterling season saw him notch 1-40 in just three games. He started with 1-16 in the Leinster quarter-final win over Laois and didn’t relent as Dublin’s main attacking outlet. The Na Fianna starlet is unrelenting over frees but chipped in with his fair share of scores from play also.

He burst onto the scene in 2017 straight from winning the Leinster minor championship the previous year. However, injury curtailed his 2018 while he was traveling abroad for the 2019 championship. His return in 2020 clearly boosted the Dubs who will rue a chance to overturn Kilkenny in the Leinster semi-final.

Has taken over the mantle as the Capitals key scorer as one of the first names on the teamsheet.

Having David Burke fifth on any list will highlight the exceptional quality in Galway hurling. The St Thomas’ man has been a real leader for the Tribesmen since his debut in 2010, winning a league title in his rookie year.

Started out in the forwards, grabbing a goal in Galway’s first ever Leinster triumph and adding two more in the replayed All-Ireland final later that year. He then transitioned into the games premier midfielder, winning All-Stars in three successive years.

Was captain of the Galway side who ended a 29 year-wait for All-Ireland honours and clipped over in their losing effort to Limerick 12 months later. A real powerhouse in Shane O’Neill’s side who will be crucial once again this year if they are to go one better than their semi-final in 2020.

One of the most underappreciated players in the game, there is no doubting Deegan’s importance to Brian Cody’s men. Started out as a midfielder for the Cats, transitioning to the full back line before finding his place in the half-back line. A teak tough defender, Deegan has a keen eye for a score despite his unusual playing style. With the loss of Colin Fennelly for the year and the retirements of Ger Aylward and Paul Murphy, Deegan’s leadership will be key alongside the likes of Cillian Buckley, TJ Reid and Conor Fogarty.

Ross King has seen and done it all with Laois. The talented forward broke onto the side in his early 20’s and captained the side for a couple of years before stepping aside in late 2018 after a nasty incident in the Laois county final left him needing much dental work.

But he was back with a bang for Eddie Brennan in the Joe McDonagh cup hitting 0-4 from play in their opener against Offaly. He hit the net in the McDonagh final win over Westmeath and was also on the target in his next Croke Park appearance in the All-Ireland quarter-final loss to Tipp.

He was handed the free taking duties in the 2020 Leinster quarter-final where he hit over 0-10 before bagging 1-2 in the qualifier loss to Clare.

It may be a cop out, but there is no separating the wing-forward pairing who have become almost telepathic in their play. They have been key to Limerick’s resurgence with their workrate only bettered by their accuracy in front of goal. Their roles in John Kiely’s hurling machine cannot be underestimated.

2020 was their best year to date with Gearoid Hegarty earning the Hurler of the Year award after clipping over 0-20 from play in five games. His partner Morrissey contributed 0-17, including six points in the All-Ireland semi-final and five more in the final with both winning a maiden All-Star.

How to curb the threat of Hegarty and Morrissey is a conundrum that is yet to be figured out by county managers with the pair at the height of their powers. To name four players above the pair seems crazy but its an indication of the quality at John Kiely’s disposal.

Although you couldn’t say that Ronan was living in the shadow of one of Tipp’s all-time greats in his brother Paudie, he has firmly established himself as a crucial component in the Premier rearguard. His ability to adapt is unmatched in the Tipperary defence with his move to full-back proving inspired in their run to an All-Ireland title in 2019.

Three years previous to that he was the All-Star centre-back as a 20-year-old winning his first All-Ireland medal. The Thurles man is an exceptional striker of the ball, as seen by his ridiculous sideline cut against Limerick in the 2018 League semi-final. Helped his club to five Tipperary championships in just six years, winning his first at 17.

And despite his experience at the highest level, Maher still has time on his side and he will be keen to add to his already bourgeoning trophy cabinet.

The wing-back came into his own in the 2020 season, earning his first All-Star nominee as the Deise reached the All-Ireland final. After plying his trade in the full back line during a disastrous 2019, Lyons was a revelation at no.5 kicking off the year with a brilliant goal against Cork in their surprise Munster semi-final win.

Held his own against Limerick in the Munster final, in a game where his direct marker Tom Morrissey was substituted early in the second half. Had his finest moment of the year against Kilkenny where he was imperious in tearing apart the Cats in Croker.

One of the new leaders emerging in the Deise county and one of the revolutionary defenders that is altering wing-back play with a keen eye for a score. Just pips fellow half-back and Waterford stalwart Kevin Moran.

McDonald was drafted into the senior side as a 17-year-old in 2013 and has been a mainstay of the side ever since. While his performances haven’t been as consistent as he may have hoped, there is no doubting his quality when he is able to put things together.

May have been burdened by the huge expectations that were placed on him from an early age but has shown real signs of growth in recent years. Was a key figure in the Wexford u21 sides that won three Leinster titles in a row and helped the senior side to a first provincial final in over a decade in 2017.

While they were unsuccessful that day, McDonald had his finest hour in the Wexford jersey in 2019 as he helped them to a first Leinster crown in 15 years as he shot 0-4 from play against Kilkenny. Grabbed 2-1 against Tipperary in the All-Ireland semi-final as his side fell just short against Tipperary.

Still only 25, there is much improvement to come from McDonald.