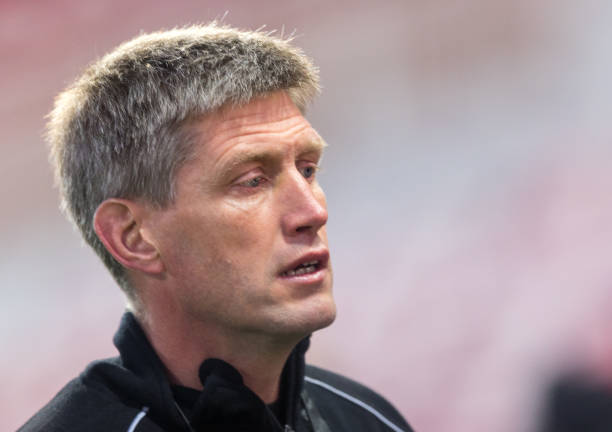 The French outfit put in a complete performance to defeat Leinster 32-23 at Stade Marcel-Deflandre.

The three-time Lion helped Racing 92 to the Top 14 title in 2016 as defence coach. As backs coach, he helped the Crusaders to consecutive Super Rugby titles in 2018 and 2019.

Now as head coach of La Rochelle he is still on track to win both the Champions Cup and Top 14 in 2021.

The former Ireland outhalf has had success everywhere he has coached since his retirement in 2013 but his current head coach role comes with more resposnibility than he has ever had before. Yesterday’s semi-final brought all of O’Gara’s coaching experience and expertise together in an emphatic package.

La Rochelle played with an aggression and ballast up front not dissimilar to that of Munster in the 2000s. Heavy hitters Will Skelton, Uini Antonio and Gregory Aldritt packed a punch that Leinster were unable to handle and the rest of pack showed a level of energy and spirit that made sure of the result. In open-field play they combined their ‘French flair’ with the Crusaders’ ‘Keep Ball Alive’ mantra to cut holes in Leinster’s normally unbreakable defence.

New Zealand half backs Tawera Kerr-Barlow and Ihaia West set the tone for the home side while Springbok danger men Dillyn Leyds and Raymond Rhule always threatened on the wing. Leinster might have taken a first half lead as La Rochelle’s discipline allowed the Irish into the game, but every department from scrum to lineout, from defence to attack was won by Ronan O’Gara’s team from that point on.

Second half tries from France star Gregory Aldritt and Wallaby Will Skelton secured a fully deserved victory for an extraordinary team. La Rochelle will take on Toulouse on the 22nd of May at Twickenham Stadium at 16:45. Leinster return to Rainbow Cup action against Connacht next Saturday at the Sportsground.