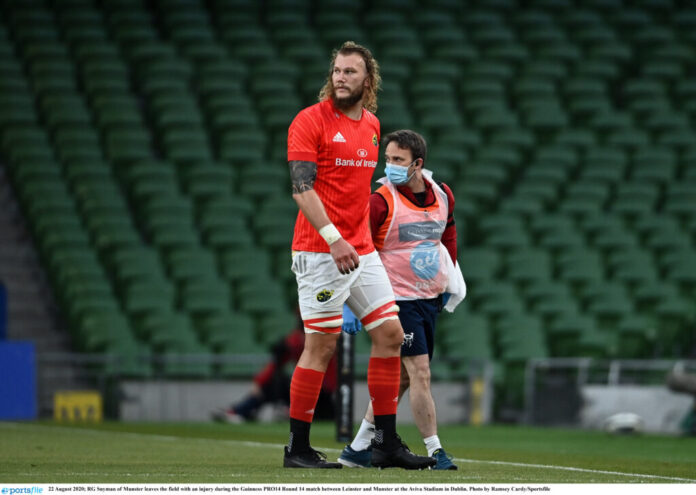 MUNSTER second row RG Snyman is unlikely to play again this season after suffering an injury set-back during his ACL rehabiliation.

The Spingbok World Cup winner got injured on his Munster debut against Leinster last August and has now suffered an unrelated knee injury to delay his comeback.

Munster released a squad update this morning to share the unfortunate injury news.

On the injury front, there is unfortunate news for RG Snyman as he suffered a setback during the last block of his rehabilitation.

He will see a specialist this week and will undergo a minor procedure on his knee after suffering an unrelated injury. This will delay his return to training for a number of weeks.

Munster Rugby also confirmed that they will be without academy stars Jack Crowley, Alex Kendellen and Conor Phillips for this Friday evening’s clash with Ulster as they link up with Ireland 7s training programme.