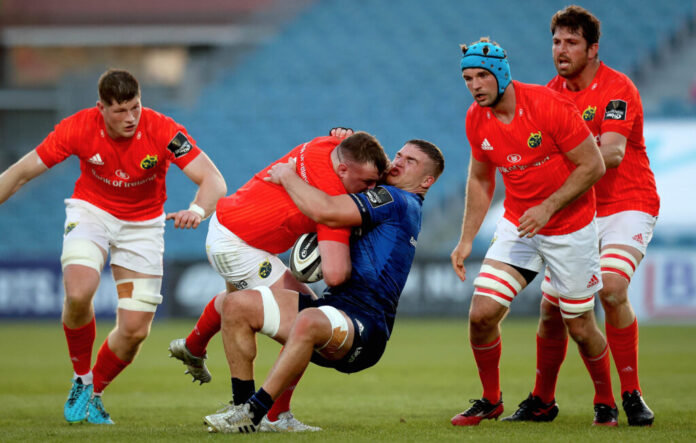 O’Gara coached Racing 92 between 2013 and 2017 before moving to to New Zealand to coach the Crusaders for two seasons.

During that time the 44 year-old won a Top 14 title and two Super Rugby competitions. He also contributed as skills coach alongside Joe Schmidt during Ireland’s Summer tour to the USA in 2017.

In 2019 O’Gara made the decision to take on his first full head coach gig at French club La Rochelle and now less than two years into the job he finds himself preparing for a Champions Cup Final against Toulouse.

Munster may have enjoyed some kind of redemption against Leinster in the Rainbow Cup two weeks ago but are yet to defeat Leo Cullen’s men when they’re at full strength.

That was something O’Gara’s La Rochelle were able to achieve in emphatic style in their Champions Cup semi-final clash at Stade Marcel-Deflandre. La Rochelle put in a complete performance to beat Leinster 32-23 and secure a first ever Champions Cup Final for the club.

While Munster themselves wish they were involved in Europe’s showpiece event, David Kilcoyne says you can’t help but admire the outstanding work O’Gara has done at Stade Rochelais.

“It’s a great testament to ROG. He has an incredible CV now as a coach,” said Kilcoyne at Tuesday’s Munster press conference.

“He’s gone everywhere and he’s winning a lot of things. A lot of the lads would be delighted for him personally. I think he’s really done exceptionally well.

“Reading some of his interviews – the mindset how it had to change from a player to a coach. He said he woudn’t be able for his mindset as a plyer when coaching now which I thought was very interesting.

Munster take on Ulster in the Rainbow Cup this Friday evening at Thomond Park (8.15pm ko). There will be no league or Champions Cup glory for Johann Van Graan’s men this season but all involved will still be trying to finish the campaign on as high a note as possible.