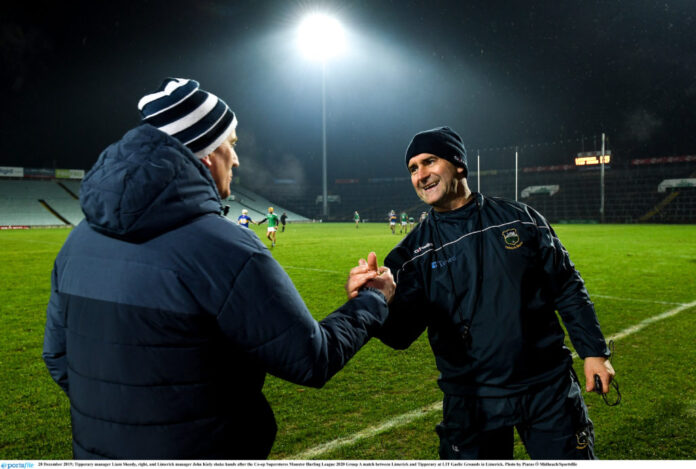 WITH the start of the National Hurling League just a couple of evenings away, Limerick senior hurling manager John Kiely says his side are fully focused on Tipperary on Saturday evening as they seek to defend their League, Munster and All-Ireland titles they won in 2020.

It has been over four months since Limerick’s All-Ireland title win with Kiely outlining how his side aren’t looking past the Premier County ahead of another truncated season.

“I’m looking forward to Saturday night. I know it’s going to be a huge huge challenge for us. Every time we play Tipp, it’s a tough game. They have superb hurlers all over the pitch. They have a lot of young lads coming through from their U20’s teams of the last few years. That’s where my focus is now is preparing my team for Saturday night. It’s short term focus and setting short term goals.”

Kiely gave an update into new faces in the panel with four players drafted in. 2019 Munster Minor Championship winning duo Cathal O’Neill (Crecora) and Colin Coughlan (Ballybrown) are called up after impressing in their maiden year of adult hurling in 2020. Doon’s Tommy Hayes is called into the side with the full back one of the sides shining lights in their run to the Limerick SHC final. His clubmate Barry Murphy is recalled to the side after a year away from the set up. Two time All-Ireland winner Paddy O’Loughlin departs for personal reasons.

“There are a couple of lads who have joined the group this year. Cathal O’Neill, from Crecora, Colin Coughlan from Ballybrown and Tommy Hayes from Doon have joined us.

“Barry Murphy from Doon has rejoined us. They have settled in really, really well. They are making a huge contribution and it is always great to see some fresh faces about the place.

“It is one thing our group is very good at is introducing new members to the group and helping them to settle in very quickly.

“You can’t have enough competition and these boys are able to mix it. They are young lads but they have to start their career somewhere. It takes a while to settle in, to get used to the whole regime but they are lads I see being involved for a number of years to come.”

The post WATCH: “These guys are well able to mix it” – John Kiely on new recruits ahead of Tipp clash appeared first on Sporting Limerick.