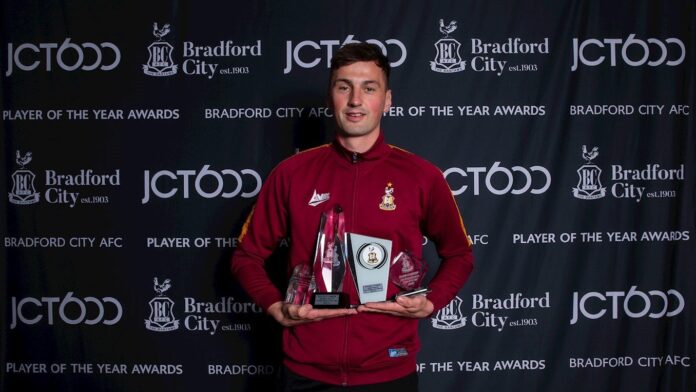 FORMER Limerick FC centre back Paudie O’Connor has been named as Bradford City’s Player of the Season.

The 23 year-old Ballybrown native left Limerick for Leeds United in 2017 following a stand-out season in the First Division for the Super Blues.

The 6’3 defender captained the Leeds U23s side and made four appearances for the first team that saw him nominated for their young player of the year award in 2018.

O’Connor eventually departed for Bradford on a three-year deal in 2019 and has gone from strength to strength at League Two level, occasionally captaining the side and scoring four goals along the way.

The former Regional United, Kilcornan and Breska Rovers man won League Two Player of the Month for last December and last night swept up at the Bradford City awards.

O’Connor is considered as one of the top talents in the league and according to one source he could be in line for a move to the EFL Championship this Summer.