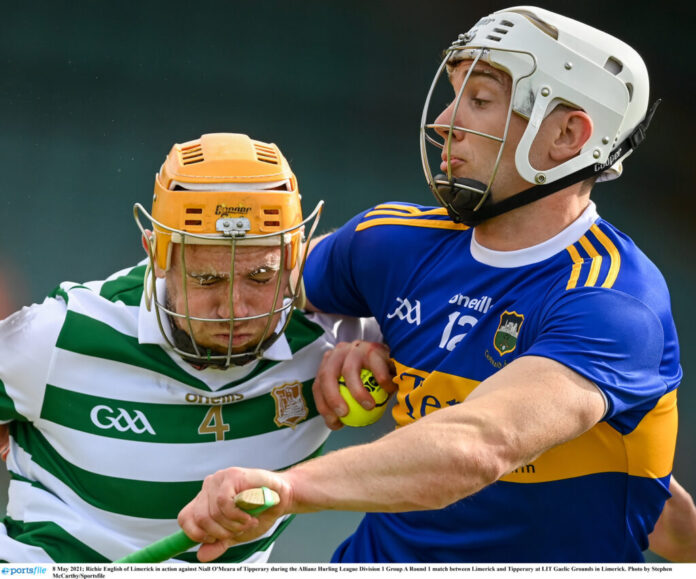 40 POINTS and a free scoring game saw Limerick and Tipp share the spoils in their league opener at the Gaelic Grounds on Saturday evening.

Darragh O’Donovan with a point to make it 0-3 to 0-2 to Limerick before Jason Forde levels with a free on six minutes.

David Reidy (2 frees) and Seamus Flanagan makes it 0-6 to 0-3 on twelve minutes. A superb response from Tipp as Jason Forde lands two points in quick succession to make it a one point game.

Limerick edged further in front as Conor Boylan was fouled allowing David Reidy Reidy a chance to land another free. Jason Forde then made it 0-6 to 0-7 before Dan McCormack levelled on 22 minutes.

David Reidy and Ronan Maher exchanged points to move the scoreboard to 0-8 apiece. Reidy edged Limerick ahead by one again but by now, Tipp were all in the game and hit three points in a row to lead by 2.

A well worked sideline from Tom Morrissey to William O’Donoghue cut the gap to a point on 28 mins before a Ronan Maher long range point extended the lead to 2 once again.

Adrian Breen and Seamus Flanagan levelled as the game ebbed and flowed towards the end of the half. Michael Breen and Diarmaid Byrnes swapped scores again as the half ended at 12 points apiece.

Jason Forde landed the first score of second half from a free before Adrian Breen levelled from a tight angle on the Mackey Stand side.

Liam Sheedy’s side then regained the momentum to lead 17-14 as Forde landed a 65 and three frees in a 5 minute spell. Limerick’s only score in that sequence of play was a point from substitute Peter Casey.

Back to back frees from Jason Forde sees Tipp into a 19-14 lead. David Reidy responds with a brace of frees to reduce the gap to a point to three points 19-16. Seamus Flanagan then reduced it to just two points with a well taken score.

Peter Casey landed a cracking point which was followed up quickly with a David Reidy point to level the game at 0-19 points apiece. It was 5 in a row for Limerick but Jason Forde responded with a free to edge Tipp back into a 1 point lead.

David Reidy levels it with a huge long range free to make it 0-20 apiece. Diarmaid Byrnes had a late chance to level but it ended a draw and a fair result in the end. Kiely will be happy with the 3rd quarter response as Tipp took control after the break.

Limerick will learn plenty and with bigger games to come this season, nobody is going to get too upset about the result. There are however plenty of areas to work on ahead of the trip to Galway next weekend.

The post 20 Points Apiece At the Gaelic Grounds as Tipp and Limerick Share Spoils appeared first on Sporting Limerick. 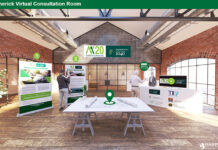