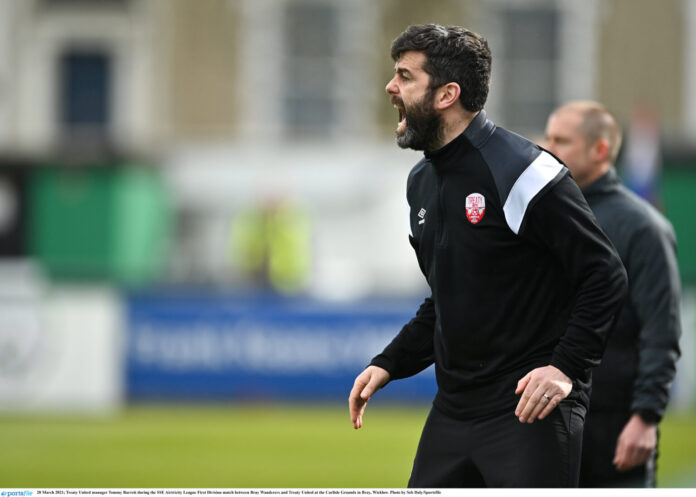 TREATY United manager Tommy Barrett said that he was proud of his players attitude on Friday night during the 3-2 defeat to UCD at the Belfield Bowl.

Treaty raced in to a 2 goal lead in the first half through a Sean McSweeney penalty and a 30-yard lob from Kieran Hanlon. However, goals from Dara Keane, Sean Brennan and Harvey O’Brien provided the students with the win. and a first loss for the Shannonsiders.

Barrett admitted he was disappointed to surrender a two-goal lead but was proud of the players.

“Yeah I am disappointed. We obviously gave away some sloppy goals tonight but I am very proud of the lads who kept going until the end.”