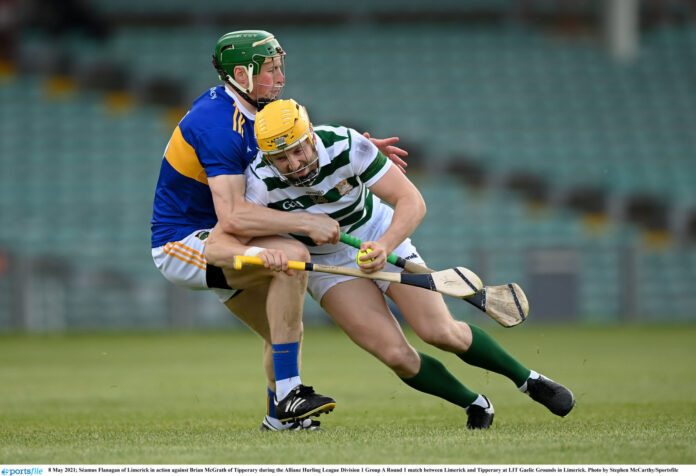 THERE were two Limerick players selected on the first Official GAA Team of the Week of 2021.

Current All-Star Nickie Quaid is selected in goal after keeping his fourth consecutive clean sheet for the Shannonsiders.

He is joined in the side by Seamus Flanagan who clipped over 0-4 from play in the draw with Tipp.

In total there are six sides represented with Kilkenny and Cork leading the way with three players apiece. Antrim, Waterford and Tipp also have two chosen with Galway having one player.

The post Limerick duo named in Hurling Team of the Week appeared first on Sporting Limerick.