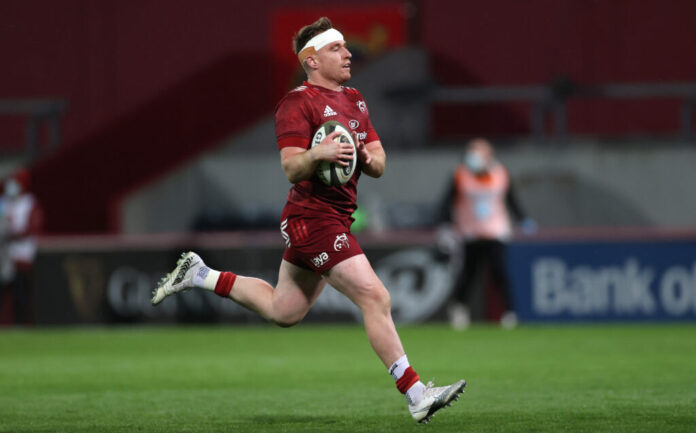 MUNSTER’S remaining Rainbow Cup fixture details, including kick-off times and broadcast details, have been confirmed by the PRO14

“Following Friday night’s fixture against Connacht, Munster will face Cardiff Blues in Round 4 at Thomond Park on Friday, May 28, at 7.35pm before a clash away to Zebre in Round 6 on Friday, June 11 (6pm Irish time).

“The province will have a bye-week in Round 5. Teams in the northern Guinness PRO14 Rainbow Cup will play a total of five games across six rounds prior to the final while teams previously scheduled to host a South African team will receive a bye week between Rounds 4 to 6.”

Munster are two from two in the competition so far. Johann Van Graan’s beat Leinster at the RDS in round one before getting the better of Ulster 38-10 at Thomond Park.

The Connacht match this Friday will take place in Thomond Park at 6pm.