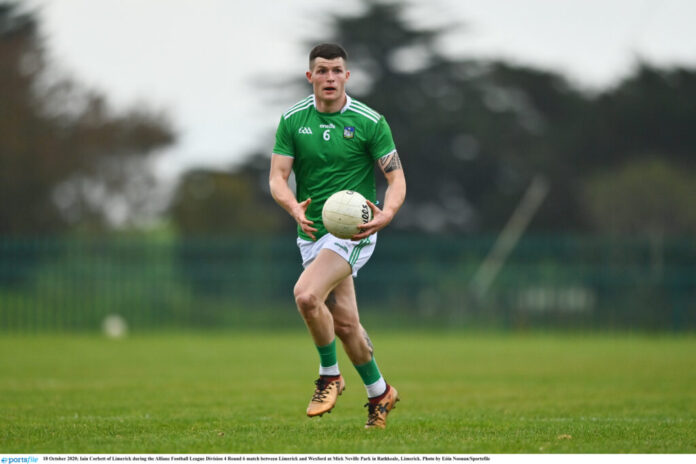 Limerick kick off their season on Saturday as they welcome Tipperary to the LIT Gaelic Grounds in their first game back in Division 3 in the National League.

There are 22 clubs represented with Padraig De Bruin (Firies) and Seamus O’Carroll (Castleknock) playing their club football outside the county.

Last year’s beaten Intermediate finalists Gerald Griffins are the best represented team with five players chosen with Jim Liston returning to the set up and Dara Noonan being called up.

Senior champions Adare have four players with Dave Connolly and Robbie Bourke returning to the squad.

Monaleen and Newcastle West have three players selected with five teams having a brace of players.