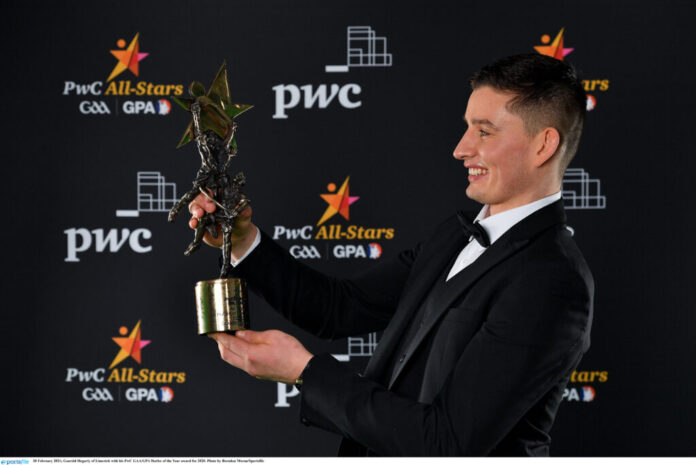 LIMERICK’s Gearoid Hegarty was one of four winners at the 2020 Gaelic Writer’s Association Awards.

Hegarty, who was named Hurler of the Year after helping Limerick to a second All-Ireland title in three years, is chosen as the GWA Hurling Personality of the Year.

Hegarty enjoyed a standout season for Limerick, which culminated in a stunning All-Ireland final display where the wing forward ace knocked over seven points from play to land his and Limerick’s second All-Ireland triumph.

St Patrick’s man Hegarty went on to land an All Star and was named Hurler of the Year for his outstanding form throughout the 2020 campaign.

The 26-year-old schoolteacher, who also played senior football for Limerick, comes from a rich hurling tradition, with his father, Ger a former All-Ireland finalist with the county.

The awards ceremony which was in association with Sky Sports, saw David Power named as Gaelic Football Personality of the Year as he masterminded his native Tipperary’s first Munster football title win in 85 years.