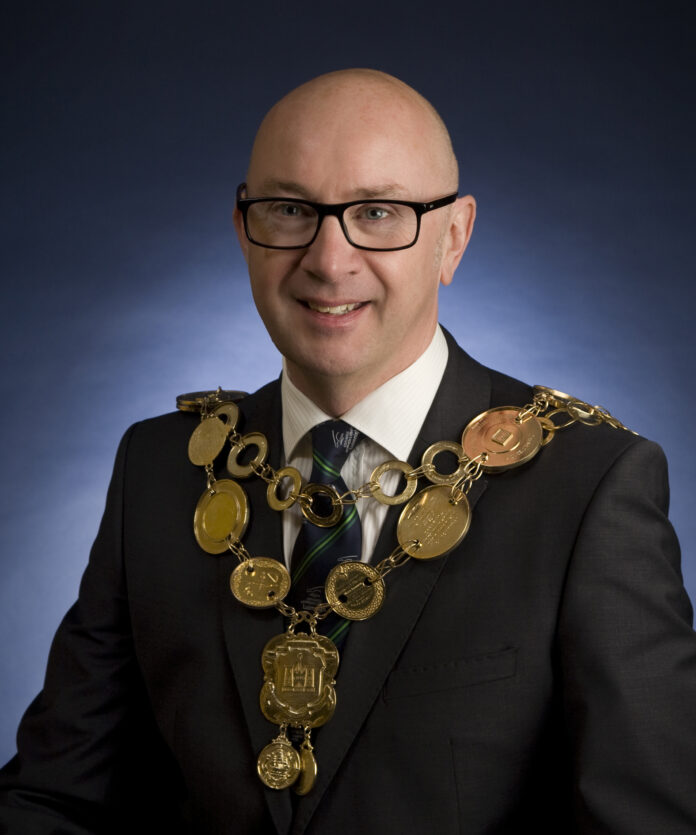 THE Mayor of the City and County of Limerick Cllr Michael Collins has welcomed the announcement that US Life Sciences firm Ortec Inc has begun construction of its European Headquarters in Newcastle West.

This morning, Ortec which is a leading supplier of contract formulation and manufacturing services to the life science industry announced that building work had begun on its European Headquarters for Manufacturing and Operations Centre in Newcastle West Business Park.

It is hoped the firm will employ over 100 people when it becomes operational. Ortec had announced its intention to establish its European HQ at Newcastle West in 2016 and is now moving ahead with its plans.

The Newcastle West facility will be first for Ortec outside of North America.

Mayor Michael Collins, who is from Newcastle West said: “This is great news for the town of Newcastle West and West Limerick as a whole. I welcome the announcement from Ortec that construction work has begun.

“It is hugely important that we have high quality jobs in the area to attract people to live and work here. I’ve no doubt these jobs will have a huge knock-on effect for the Newcastle West and West Limerick economy.”

“Limerick City and County Council has been very proactive in supporting IDA Ireland and Ortec in securing this investment for Newcastle West. In promoting the area for foreign direct investment and by working in partnership and collaborating with other stakeholders we can make West Limerick an even more attractive place for investment.”

The facility is due to become operational in mid-2022.