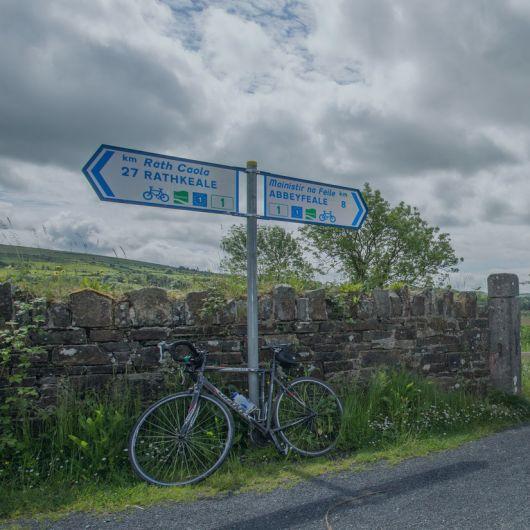 LIMERICK City and County Council have expressed serious concern about the level of misinformation on its measures to attract new bike hire and shuttle bus service to meet the anticipated demand for visitors.

This comes with their announcement of a major boost to the local tourism industry, with the announcement that the €8 million redevelopment of the Limerick Greenway is on target for completion by 01 July in time for the summer tourism season.

The massive re-development of the route to the highest of national standards, which follows the old Limerick-Tralee railway line from Rathkeale to Abbeyfeale and on to the Kerry border, will be an important asset as Limerick seeks to attract more tourists and visitors in the years to come.

From research and discussions with other Greenways, it was evident that a large number of patrons and, in particular, families, only wish to cycle all or part of a greenway ‘one-way’ and then return to their start point by Shuttle bus.

This requires at least one operator of scale to have bike hire and shuttle bus pick up points at multiple locations along the route.

Currently, the council says, the Limerick Greenway has a very limited bike hire service and no shuttle bus service.

Without a comprehensive bike hire/ shuttle bus service, the Limerick Greenway cannot attract tourists/ day trippers (without bikes) to experience the greenway and businesses along the route will not fully harness the economic benefits arising from the investment to date.

The Council have said it has taken a proactive approach in relation to bike hire/ shuttle bus service in order to ensure the Limerick Greenway reaches its potential as quickly as possible.

In order to attract an operator of scale to provide bike hire and shuttle bus service, and provide a fair mechanism to determine requests from bike hire companies to operate from Council owned property on the greenway.

As part of the terms and conditions of the process, applicants were afforded the opportunity to request from the Council a working capital loan to assist in the set up and provision of this service

­­Following the announcement, Limerick City and County council have said there has been a large amount of comment, mainly on social media, and most of it incorrect, states the council, It is extremely important therefore that the mis-information and ill-informed comments ruin the huge potential that the Limerick Greenway has to transform tourism in Limerick.

And wishing to clear up any misconceptions;

Limerick City and County Council’s overall aim is to have a Limerick Greenway that is inviting and welcoming to visitors and is successful for developing tourism and the economy of Limerick.

The development of the Limerick Greenway is being funded by the Department of Rural and Community Development, Department of Transport, Limerick City and County Council and Fáilte Ireland.