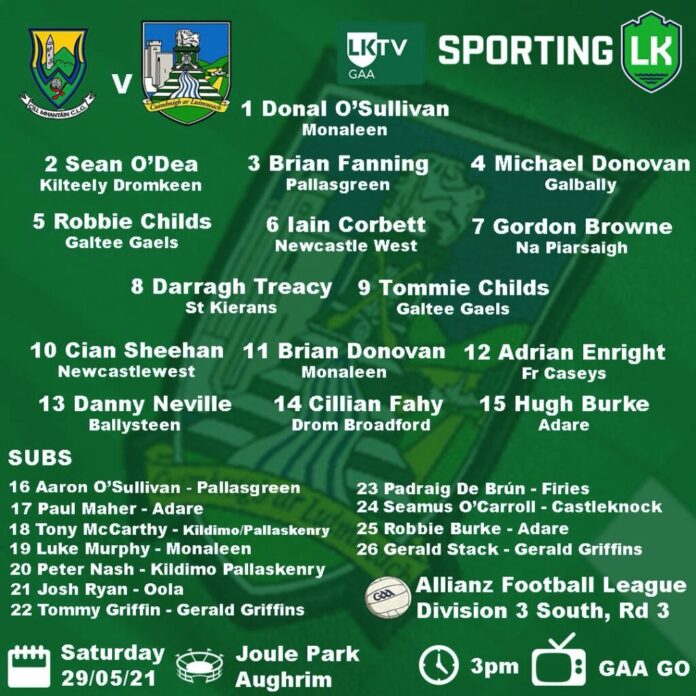 BILLY Lee has named his Limerick side to take on Wicklow in the final round of Division 3 ‘South’ of the National Football League.

There is just one change to the side that lost out to Offaly last weekend with Adrian Enright coming into the team with Tony McCarthy dropping to the bench.

Iain Corbett moves to centre-back with Robbie Childs shifting to wing back in place of McCarthy. Enright is named at wing forward. Cillian Fahy is chosen at full forward with Brian Donovan slotting in at 11.

Throw in in Aughrim is 3pm on Saturday with no team’s faith to be decided.

Nothing is confirmed for Limerick with the result between Offaly and Tipperary coming into play.

A win will leave Limerick in a strong position to be one of the two to advance to the semi-finals but could also fall into the relegation play-offs with victory.