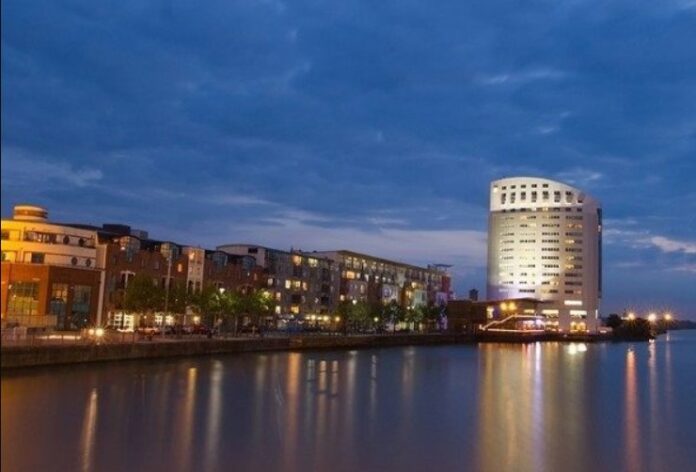 THE autumn of 1956, it may seem to be time long forgot, once removed, or maybe even twice removed in a family tree. A time of the screening of ‘The Ten Commandments’, Bobby Charlton’s debut for Man United, and Israel fighting in the Gaza strip, as part of the Suez War. So not everything feels irrelevant from the autumn of 1956.

One of which, in the smoke plastered floors of Daíl Eireann, Taoiseach John Costello(Fine Gael) on the matter of foreign investment in Ireland, and the ways in which the Industrial Development Authority (IDA) might attract foreign businesses, spoke from the following notes: “I would visualise that many [Foreign] manufacturing concerns would find it worth their while to open businesses, i.e. trading companies in Ireland, and so fix their prices that their real profits or exports were made here to benefit from the favourable rate.” Some things do still relevant from the autumn of 1956.

Ireland’s polices in attracting foreign investment have been on loop ever since, financial incentives for reducing unemployment, but in the words of Dr. Joachim Fisher, Dr. Frank Haege, and Dr. Bernadette Connaughton from UL, the current polices, in particular the lower corporation tax, is not a sustainable model, and cannot be maintained, that it is coming to an end.

Their appearance at the Limerick Lifelong learning festival, at the panel titled ‘Future of Ireland in a Post-Brexit European Union’ channelled discussions surrounding the misconceptions of the inner workings of the European Union, explained by Dr. Frank Haege, senior politics lecturer at UL how allocation of MEPs is more in favour of the smaller nations, eliminating the idea of the EU being controlled by the larger nations.

That the treat of euroscepticism in Ireland, in comparison to other EU neighbours, is lowest second only to Portugal, that even with the influx of the Trokia, Irish scepticism of the EU was still average compared to the rest. Because of the positive economic factors, and more recently with the Brexit negotiations and the EU standing behind Ireland in the Article 13 fiasco.

But on the topic of trade with regards to Ireland, the fact raised by Director of the centre for European studies, Dr. Joachim Fisher, that since Brexit, the trade with the UK has been decreasing, with other EU nations, especially Germany, taking the space occupied by the UK for hundreds of years.

But with a ever growing and more harmonizing economic relationship with our EU brothers, the idea of the continuing of our differing corporation tax, is one that “cannot be maintained.” The history of undercutting FDI has had a detrimental impact towns and nations across the European Union.

Limerick has flown too close to the FDI sun in the past, the burn marks from the overreliance on Dell have only now started to look unnoticeable, but with apparent direction of the cycle being repeated, with regards to the pharmaceutical companies in Limerick, Regeneron especially, how long will this unsustainable model, that will continue to scar workers be maintained.

The signing of the Fiscal compact treaty in 2012, to prevent another Greece situation, as Dr. Bernadette Connaughton, lecturer of European policy told me, the 2012 treaty has seen greater levels of trade between the Eurozone. The aftermath of Brexit has left Ireland without it’s former negotiating partner, and now must broker our own way forward, and with the growing bonds with the major nations within the EU, the policy created in the tillage age of Ireland’s economy, enacted almost 2 decades before our prosperous joining of the EU.

The economic policy of undercutting our now most relied upon and thriving partners. Must start to be eased out, and allow it to slip back into the past, where it belongs.