Home Limerick Simon Harris on the mishandling of the pandemic 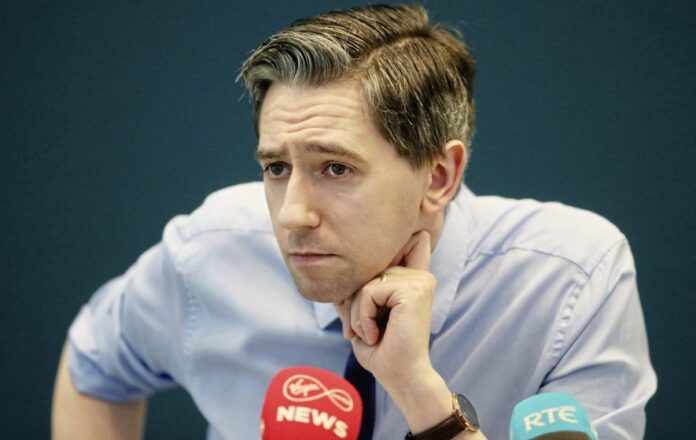 SO much has been said about the handling and overseeing of third level colleges during Covid-19.  Especially the misjudgement of accommodation, as thousands of students were stuck paying for, and living in accommodation, that they either had no use for, given the online transition to online teaching and learning.

Similarly, many students or struggled to pay, given the worsening financial status caused by the successive lockdowns.  In the search for blame, a lot of students have seen fit to point the finger at Fine Gael Minister Simon Harris, the former Health Minister, appointed to  the new role of Minister for Higher Education & Third Level, last June.

I sat down with Minister Harris to talk about the accommodation situation, and what avenues his office is looking at to alleviate the financial pressure on students.

Firstly, on the handling so far, Minister Harris said: “I’m just going to be really honest, because look, I can give you all the political “whiffle waffle” in the world, I think we’ve failed on student accommodation, I think we have been far too hands off, I think it is really stupid quite frankly, that we have students having to compete with families to rent a limited number of houses, we all know the housing challenges, so what do we do, we pit students and families against each other to try and rent those houses, and what does that do, obviously push up the price.

I raised the thought to Minister Harris, that SUSI, the major topic at hand of the discussion beforehand, was a possible solution to hit two birds with one stone, the strengthening of SUSI to ease the financial stress on students whose families otherwise wouldn’t be able to pay the whole amount, Minister Harris responded by saying: “You’re right, you’re absolutely right to link the issues because the biggest cost in going to college is the cost of accommodation- if you have to move out of your home, so one of the things I’m going to look at in short term and think I can do something on this quicker, is how do we recognise what they call the aganecy rate, how do we recognise the students, who are having to spend a lot more money, like I say when I was going to college, I was able to commute in and out, some people in limerick are able to do that, others aren’t.

And on how much he’d expect the threshold for SUSI to be lowered, Minister Harris said: “I think both Patrick [Donovan] and I would be of a view that it’s not logical that a scheme that’s been in place 10 years hasn’t seen the threshold move in a decade, and the very first terms of reference I have for the review here in front of me, and item 1 on the terms of reference is to look at the value of the maintenance grant, and to look at the income thresholds, and not just look at them in an Irish context but look at what our other European countries are doing and see if we can do better.”

And finally, with the publication of the reform of the Higher Education Act (HEA), I asked minister Harris about the legislation reform he’s proposing, he said: “We do need greater public transparency, we’re spending as taxpayers €1.83 Billion on higher education, more than we’ve ever have in the history of our state, we need to make sure that student voices are protected, taxpayers protected and that our governing bodies are fit for purpose, so there will be change coming, not everybody will be delighted about it, but I think it’s really really important to bring in.”

With the office of Higher Education & Third level, still in its first year of operations, it cannot be said that it is twiddling its thumbs on student issues. With a minister able to admit and rewrite the wrongs of his party.