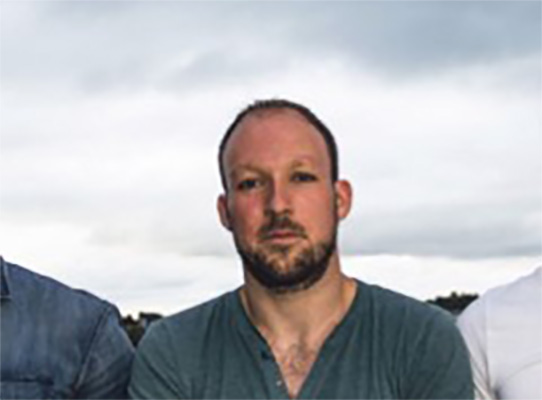 The limerick native who has written, performed, and toured with Hermitage Green for over a decade now, has ventured into his own style of Music, more electronic than the fans of Hermitage Green might be accustomed to.

Speaking on his new release, Griffin said: “I’m delighted to be releasing my debut EP, Go FIGR, this Friday. It’s been an immensely enjoyable experience to write, produce and record my own music, and it is one which I am very proud of.”

The ecosystem of a band is difficult to recapture in a solo side project, with the removal of the checks, balances and filters that culminated in the sound that made them successful.

In this regard, Darragh Griffin spoke on this challenge, on the Limerick Post Show, a number of weeks ago, in build up of this EP release, how the solo process contrasts with his band’s process; “It was very different. The way I worked it typically with HG multiple members write, so if I write a song, I’d take it to the band, and we work on it, then we take it to a studio, and I might have a few ideas that will actually be in the recording, outside of the guitar or piano. Whereas with this I was the one deciding all of that. That was the steep learning curve for me because I was the one that had to figure everything out.”

Talking on the track itself, Darragh Griffin describes ‘Hey Hey’, the first track of his new EP, as: “a song about navigating life. I tried to zoom out and look at it all, the ups and down, our own flaws and desires and ultimately how everyone is just doing their best.”

Lead vocals come from none other than Fox Jaw frontman – Ronan Mitchell, fresh off their appearance on ‘Other Voices’, a handful of weeks ago.

The EP ‘Go Figr’ comes out this Friday, wherever you stream your music.