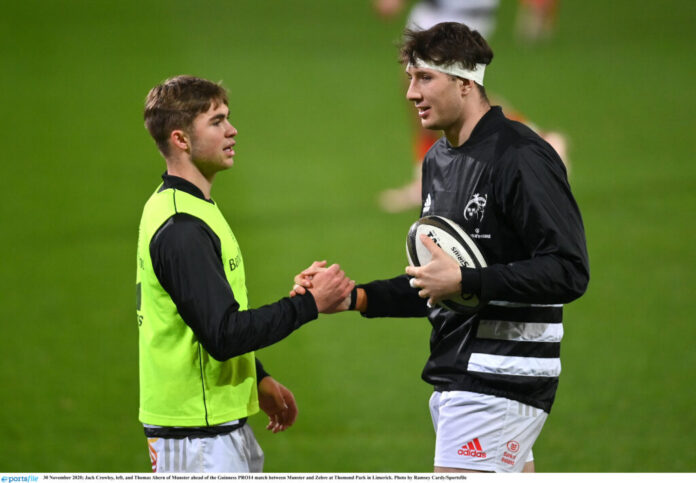 With no Rainbow Cup fixture this weekend, the team consists of a blend of experienced senior players and promising academy prospects.

There are three Limerick men in the starting team as Daniel Okeke, Dan Goggin and Calvin Nash are all selected.

Highly thought of 21 year-old Jack Crowley starts at fullback for the ‘A’ side while another top youngster Thomas Ahern starts in the second row following an injury lay-off.

Ahern is picked in the second row alongside a more unfamiliar name in Fearghail O’Donoghue who is a product of Cashel RFC and Cashel Community School. O’Donoghue played in the same fixture against the Ireland U20s back in 2019.

Departing hooker Rhys Marshall is named on the bench along with two familiar frontrow partners Josh Wycherley and Jeremy Loughman.

The post Team News: Munster ‘A’ name side to take on Ireland U20s appeared first on Sporting Limerick.