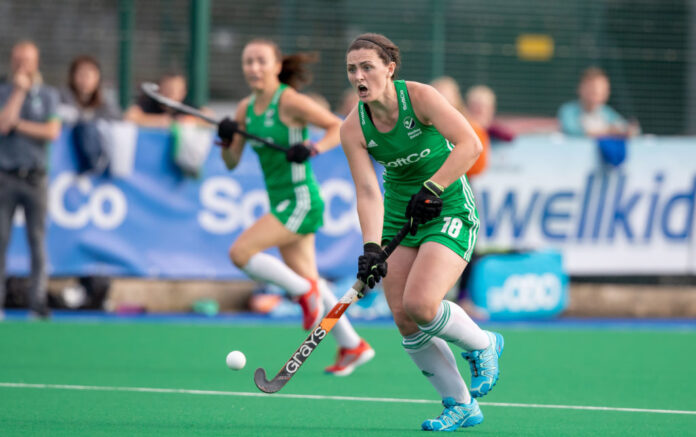 THE Ireland women’s team came out on top in their vital EuroHockey Championship clash against Scotland as Naomi Carroll’s goal ended up being the difference between the sides.

After the 4-0 defeat to the highly-ranked Netherlands on Saturday, the Scotland game was pivotal for Ireland in Group A.

The teams were deadlocked for the first three quarters in a cagey affair until Carroll capitalised on a goalmouth scramble to tuck away what turned out to be the winner early in the fourth quarter.

Limerick native, Róisín Upton, received player of the match for her heroic performance in the hard-fought win in the 1,000th ever game of the EuroHockey Championships (men and women combined).

Speaking after the game, Upton said:

“It was a tough game. Fair play to the Scots, they defended really well. We knew that it’d take some time to break them down. We didn’t execute our corners particularly well but just getting a shot on target, wanting to test the goalkeeper and being clinical with the rebound was what we needed. Luckily, in the fourth quarter we finally broke through.”

Sean Dancer’s sides focus will now be on the game against Spain.

Should the Netherlands get the better of the Spanish on Monday night, Ireland will be playing another crunch game on Wednesday with the winners advancing to the semi-final which would be unprecedented territory for the team.