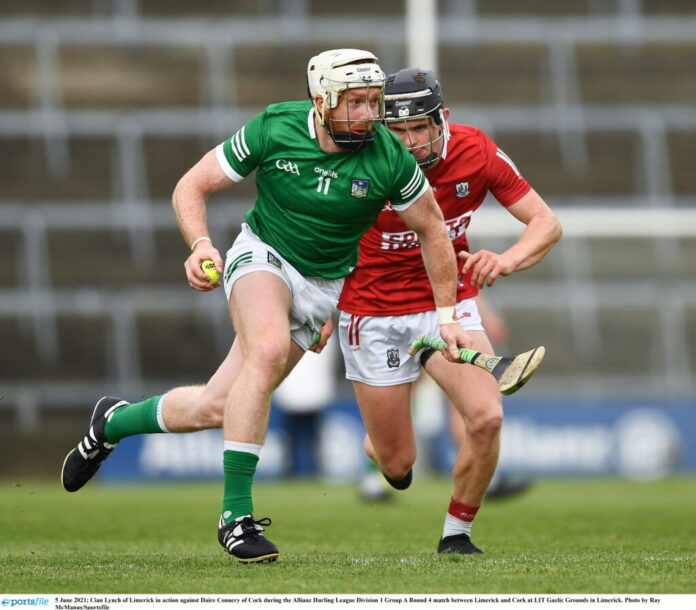 LIMERICK had three players selected to the Official GAA Team of the Week after their defeat of Cork over the weekend.

Ballybrown’s Colin Coughlan is chosen after wing back with the teenager chipping in with a brace of points on his debut.

He is joined in defence by Barry Nash who also hit over a point from corner back.

Cian Lynch is named at centre-forward with the Patrickswell man in scintillating form, hitting over 0-4 from play in the 0-33 to 2-19 win.

Limerick lead the way with three representatives as Clare, Galway, Waterford and Antrim all with two players. Kilkenny, Offaly, Carlow and Tipp each have a sole representative on the team.

The post Three Limerick players included on Team of the Week including debutant Colin Coughlan appeared first on Sporting Limerick.