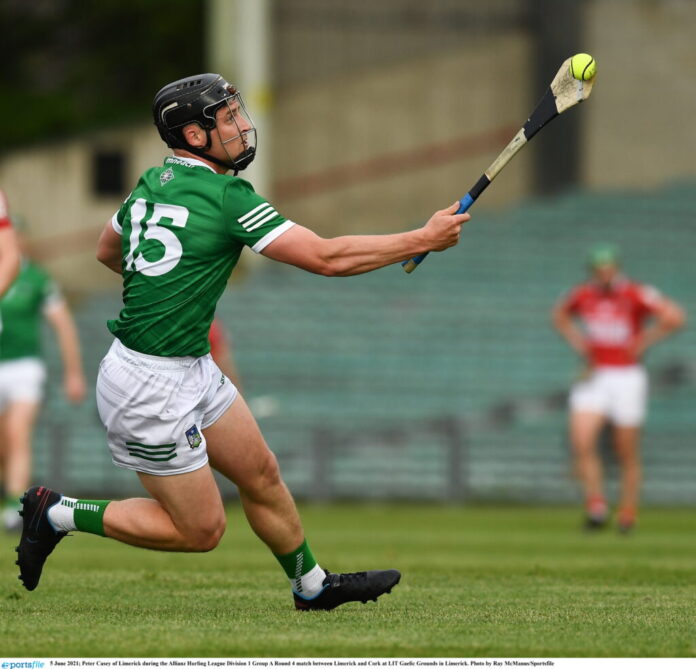 LIMERICK take on Westmeath this Sunday in the final game of their 2021 National Hurling League campaign.

John Kiely has named a much changed outfit to take on Westmeath with only seven remaining from the team that started in the round four win over Cork.

Richie English is moved to full-back with Barry Nash remaining at corner back. Jerome Boylan starts in the other corner.

Diarmaid Byrnes retains his place at wing back with Ronan Connolly starting at 6 and Kyle Hayes returning on the wing.

Darragh O’Donovan is partnered by Robbie Hanley in midfield.

Tom Morrissey is named at wing forward with Conor Boylan on the other flank. Peter Casey starts at centre-forward.

Up top is the 2020 All-Ireland winning full-forward line with Graeme Mulcahy returning to action.

Cian Lynch, Gearoid Hegarty and Declan Hannon are among the substitutes.

Limerick will be looking for a second consecutive win after failing to get a victory in any of their three openers.

A win for Limerick could see them finish as high as 3rd in the table should results elsewhere go their way.

The game on Sunday throws in at 1.45pm and is live on GAAGO.