Home Business The death of Stobart Air could be the wake up call for... 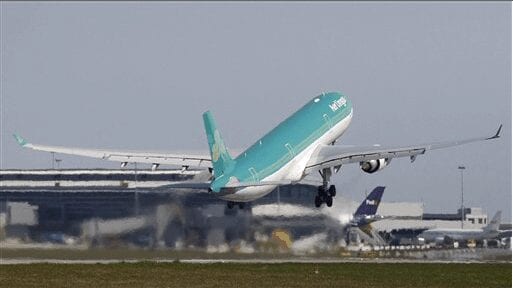 THE announcement from Stobart Air that it ceased operations last Friday (June 11th) would have, should have, and most certainly did come as no surprise given the distress signals sent by not only Stobart over the past year or so, but the entire Aviation industry.

The middlemen the first to be cut in a industry desperately looking for room to cut loose as a means to tighten their belt at a deadly length.

The regional airline provider for Aer Lingus, as well British and Dutch airlines, ceased after the proposed sale to online aviation start-up ‘Ettyl’ had broken through the razor thin ice of Ettly’s financial promises, the deferring of their financial documents to British police as part of Stobart’s final act to maintain operations, concluded that there were no optimal or realistic buyers or mergers in an industry that is currently going down faster than the last Concorde.

The announcement from Stobart’s former Executive Chairman – David Shearer, reflects on the ever-bleaker future for all invested “It is disappointing for all stakeholders that we have been unable to conclude the sale of Stobart Air as a going concern despite the tireless efforts of my executive colleagues, the management team of the Airline and the team of advisers who have supported them.”

“I am acutely aware of the impact this will have on the staff, customers and the businesses associated with the Airline but the continuing impact of the pandemic in terms of lockdown and limited travel has prevented us from achieving a better outcome.”

One of the deafening nails in their coffin came with Aer Lingus decision to turn away from Stobart as their preferred bidder, and award that to another subsidiary airline for the period coming up to the expiry of the Stobart’s agreement with Aer Lingus, set to expire in December 2022, in the company’s own words the decision “hampered the exhaustive steps taken to secure a future for the business and staff.”

The Department of Transport is currently examining the implications of the announcement and the cancellation of the Government-funded PSO routes which operate between Kerry and Dublin and Donegal and Dublin.

Speaking this morning, Minister for Transport, Eamon Ryan TD said: “The announcement this morning is concerning news for the affected workers and for regional connectivity. We will be engaging with all stakeholders today and over the comings days to restore connectivity to the regional airports affected by today’s announcement.”

Minister of State Hildegarde Naughton TD said: “We are acutely aware of the ongoing impact of the pandemic on the sector and are working to secure these vital regional routes. The restoration of our regional connectivity is of critical importance and will be prioritised by the Government in the coming days.”

“The Government is acutely aware of the devastating impact that COVID-19 restrictions are having on the aviation sector and from the outset has sought to ensure that the aviation industry is in a position to rebound quickly when the public health situation allows. Government supports for the airports, airlines and companies in the aviation sector have been provided throughout this crisis.”

They continued by saying that by the end of June, the sector will have received around €300 million in State funding, to cover employment supports, remove commercial rates and deferral of taxes.

The bulk of the support to airlines is through the TWSS/EWSS wage subsidy schemes which were specifically designed to maintain the link between employers and employees. Liquidity support has also been made available by ISIF to large aviation enterprises. This is in addition €7 million per annum for the affected routes.

With the nation on the verge of opening again, the painting over the phrase ‘New normal’, to simply, normal, is within eyesight. This announcement form Stobart could be the removal of a single Jenga piece in the Aviation tower, so to speak, or, with the future not being as straight forward as it usually isn’t, this cutting out of the smaller players in the industry could be the start of a long drawn out, complicated, and potentially life altering game of Jenga, for the aviation industry, so just an average game of Jenga then.