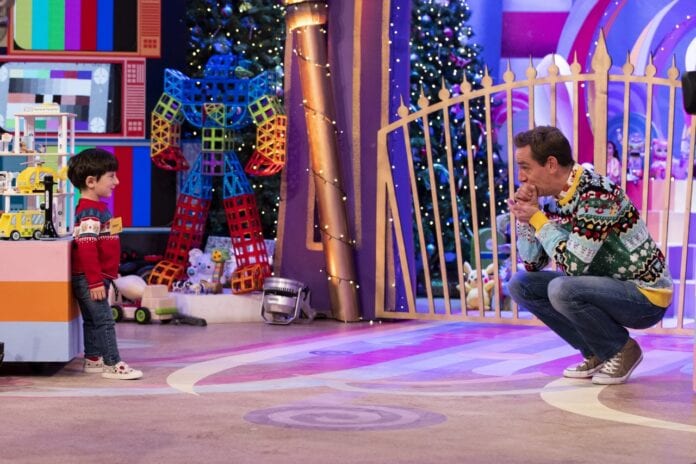 LIMERICK children are to enjoy extra supports, services as well as access to arts and creativity as a result of grants from the RTÉ Toy Show Appeal which have been announced by the broadcaster and The Community Foundation for Ireland today (25th June 2021).

Children living with the immediate threat of domestic violence, those who live with serious illness, young carers, young Travellers and members of other ethnic groups are to benefit from grants to national support groups, organisations and charities.

The RTÉ Toy Show Appeal raised a staggering €6.6million in donations from television viewers on a truly magical Toy Show night in December. Half of that money was shared out between three key charities; Barnardos Ireland, Children’s Health Foundation Ireland and Children’s Books Ireland.

The remaining monies from the fund were made available for children’s charities in an open call for grants managed by The Community Foundation for Ireland which are now being announced.

In additional to national lifeline and support organisations, local Limerick groups have been successful in securing grants for ground-breaking projects aimed at improving young lives in the local communities.

Limerick Youth Services is developing a BEWELL project which will involve the development of a rural outreach mental health support for young people aged 14 -18 years in County Limerick. The focus of this project is on delivering youth mental health and well-being supports using youthwork methodologies and approaches and in so doing strengthening the social, physical, and mental health resilience of young people residing in rural areas (€83,500)

GOSHH Limerick will develop a Creative Support Project which aims to deliver professional creative/psychotherapy supports for LGBTI+ young people as well as allowing youth group members to express themselves creatively though art projects to coincide with Limerick Pride 2021. This will address a range of issues and concerns including confidence and self-esteem, gender identity, sexual orientation trauma, bereavement and loss, depression, stress, anxiety, addiction, and relationship difficulties (€25,000)

Limerick children will also benefit from a range of national grants. A new National Dyslexia Learning Hub is being developed, a Deafblind literacy programme is being pioneered, The Irish Wheelchair Association will be promoting creativity for children while the health and wellbeing group Soar is starting a five year mission to ensure supports are offered to every transition year student.

Vulnerable children in Limerick and across Ireland will be supported by initiatives including the development of a Traveller Mental Health Service, My Life Now will ensure children caring for a loved one are supported to develop and continue in education while SafeIreland will develop supports for children in violent homes.

Ryan Tubridy, Late Late Show host, said: “It’s time to show the people of Ireland just where the money they dug deep for last November is going, and it’s going directly to children all over the island of Ireland who are going to have better, happier, safer and more creative, enriched and nourished lives because of these donations. Thank you once again to the viewers of The Late Late Show for your continued overwhelming generosity. The RTÉ Toy Show Appeal will be back again this year to help Change Children’s Lives for Good.” 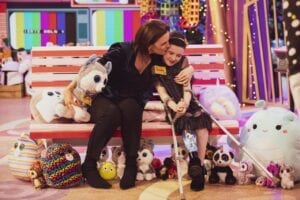 Saoirse Ruane, the Galway girl whose story inspired the establishment of the RTÉ Toy Show Appeal, added: “I’m delighted my story inspired Ryan and The Late Late Show to launch the very first Toy Show Appeal last November. I am so happy the money will go to help such wonderful charities. Since the show I have been busy, learning to cycle my bike again, returning to school and I have just gone back to play camogie.”

In total, over 675,000 children and family members across Ireland will directly and immediately benefit from the overall RTÉ Toy Show Appeal proceeds, with thousands more set to benefit through the investment in essential resources, both medical and otherwise, for years to come.

Dee Forbes, Director-General RTÉ, said: “It is truly fulfilling to reach this stage in the process, where the funds so generously donated by the public as part of the RTÉ Toy Show Appeal are being distributed to so many worthy projects to support children and their families throughout Ireland and Northern Ireland. I am proud that an idea we created just months ago, that was built on the back of the generous spirit which underpins the Late Late Toy Show, has been such a force for good”.

Denise Charlton, Chief Executive of The Community Foundation for Ireland added: “The generosity of viewers has been overwhelming and is now being turned into action on the ground in communities where it will make a huge difference for children and their families. The positive impact we will see on so many young lives in the coming weeks and months should act as an inspiration to us all. It is also a sad reality that in the current challenging times, demand from groups for this grant round has outstripped the support which was available. As a Community Foundation, we are keenly aware of that shortfall, and we remain absolutely committed to working with partners in an effort to address that challenge.”