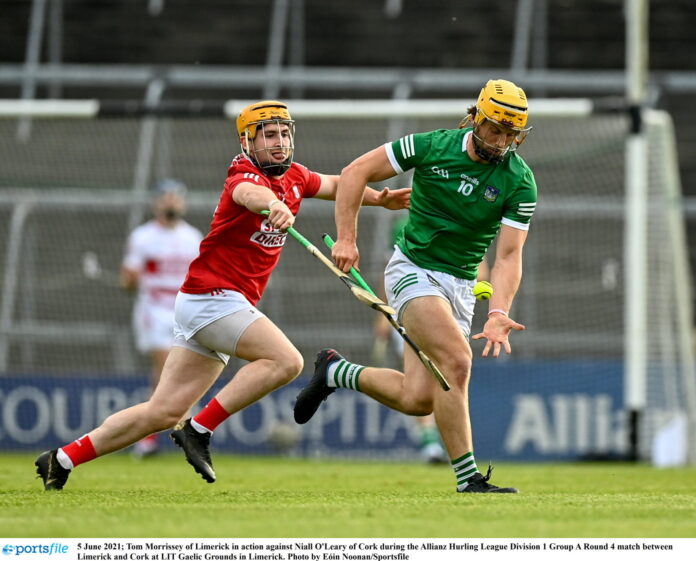 AHEAD of the clash this weekend, Munster GAA have released details of how the tickets will be distributed.

The semi clash between Limerick and Cork is due to take place in Semple Stadium on Saturday July 3rd at 7:00pm.

This will be the first championship game with fans in attendance since 2019, with 2,400 spectators permitted.

It has also been confirmed that the Munster Football Championship semi-final between Limerick and Waterford on July 3 in the LIT Gaelic Grounds at 3pm, will have 200 spectators in attendance.

As per Government Guidelines, a maximum of 200 spectators will be allowed to attend each of these games. Tickets will be distributed primarily through both participating County Boards. Due to the limited number of tickets available, it is not possible to facilitate public or club sales. The Munster Senior Hurling Championship Semi-Final between Tipperary and the winners of the Quarter-Final meeting of Clare and Waterford will take place on Sunday July 4th and the 200 spectator limit will also be in operation.

The Munster Senior Hurling Championship Semi-Final between Limerick and Cork on Saturday July 3rd at 7pm in Semple Stadium Thurles will act as a trial fixture and 2,400 spectators will be allowed to attend, 2,300 of which will be in the stand with 100 in the Killinan End terrace. Tickets will be distributed primarily through both participating County Boards. Due to the limited number of tickets available, it is not possible to facilitate public or club sales.

As per Government regulations, the number of spectators allowed at inter-county games from July 5th will be 500 which will take in the Munster Championships at Minor and Under 20 level in both Hurling and Football as well as the Munster Senior Football Championship Semi-Finals on July 10th. The increase to 500 spectators is subject to review based on public health advice and we await confirmation of this.

We ask all spectators attending our games to adhere to all the normal Covid Public Health protocols.