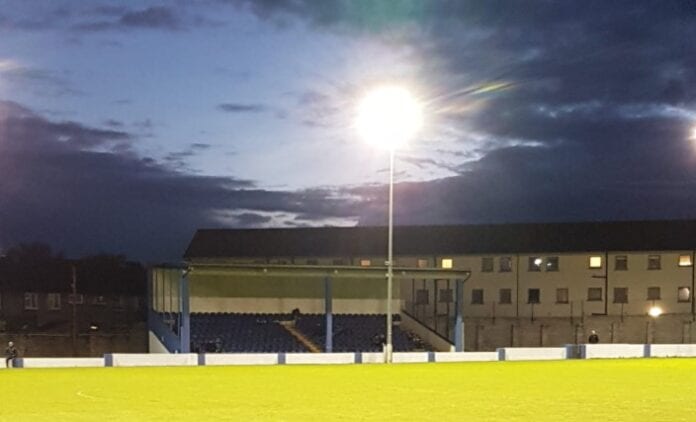 Treaty United and Athlone Town shared the points at Jackman Park on Sunday afternoon with a 2-2 draw. A double from Aoife Cronin either side of goals from Katelyn Keogh and Melissa O’Kane ensured that Niall Connolly’s side avoided defeat.

The away side began brightly and their preferred choice of attack was to play Kellie Brennan and Katelyn Keogh in behind the Treaty defence. The method almost paid off as Keogh took on Eimear Carey but her shot was was blocked.

A poor touch from Shannon Parbat allowed Keogh to dispossess the centre-back but she failed to finish.

It was the home side who took the lead as a mix-up in the Athlone defence between Kayleigh Shine and Fiona Owens was seized upon by Aoife Cronin who slid the ball beyond Abbigayle Ronayne in the visiting goal. Cronin had two further chances in the half but a combination of good defending and goalkeeping denied the Ireland U-19 international.

On the stroke of half-time, Athlone grabbed an equaliser as Roisin Molloy expertly beat Carey on the left hand side before squaring for Keogh who calmly slotted the ball past Michaela Mitchell. Both Brennan and Keogh caused havoc in the Treaty defence at the same venue last season and it was similar in the first half.

20 minutes into the second period, the visitors took the lead for the first time as Kayla Brady’s cross was headed by Emily Corbett and cleared off the line by Jesse Mendez but the onrushing Melissa O’Kane rifled the ball beyond Mitchell into the roof of the net.

Keogh had a great chance to put the game beyond Treaty as she latched onto a Mendez block but her tame effort was easily gathered by Mitchell. Just as it looked like time was running out for Treaty, substitute Esra Kangal played a perfectly waited ball to the run of Cronin who bagged her second goal of the game with a cool finish.

Aoife Haran curled a long range effort just wide as both sides pushed for winner but time ran out as Martin Cuddihy called a halt to proceedings. Treaty now remain ahead of their opponents in the table.