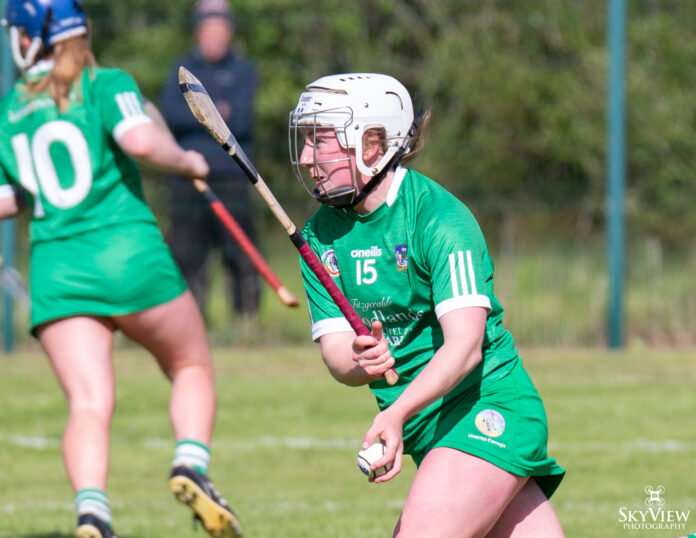 FOR the first time since 2017 Limerick camogie will compete in the Munster senior championship final.

Pat Ryan’s team saw off Waterford at Walsh Park with a 0-13 to 0-9 victory that sees them now face Cork in the final.

Following her impressive display against Clare in the previous quarter-final tie, Caoimhe Costelloe continued to shine and lead the way for a Limerick side who again showed her scoring ability. Costello’s ability to score frees was a huge factor in the game scoring 0-8 and ultimately the difference between the two sides in a tight and tense affair.

Derek Lyons team showed tenacity throughout and offered a stern test to the Shannonsiders. Beth Carton had an impressive display with 0-4 while Abby Flynn, Clara Griffin, Niamh Rockett, Shona Curran and Vikki Falconer all managed to put points on the board for the crystal county.

Following Costello’s lead, Caoimhe Lyons, Dearbhla Egan and Karen O’Leary were also on the scoresheet for Ryan’s side to book a place in this year’s Munster Championship Final.

Heading into the first water break the game was tied with three points each for both sides to end first quarter. The half time whistle came with Limerick leading 0-7 to 0-3 after playing with the breeze for the first half. A fantastic run of six points with no response from Waterford saw Limerick looking strong heading in at the break.

Ryan’s Limerick looked to really take command in the second half with a goal and put the game out of reach for Waterford only for it to be called back by the referee.

Waterford who had been relegated following a defeat in their previous game showed fight throughout and made the game difficult for the Treaty side.

The water break in the second half came with Limerick leading by six and showed no signs of slowing down and looked to continue their rich form that had seen off Clare the week prior.

Waterford fought well and offered a challenge to an impressive limerick display. However, discipline was their downfall with numerous frees given away and left Derek Lyons team with too much to do to close the gap. With the final whistle blowing Limerick will now look to try and win the Munster title once again and will face the challenge of Cork in the coming weeks.