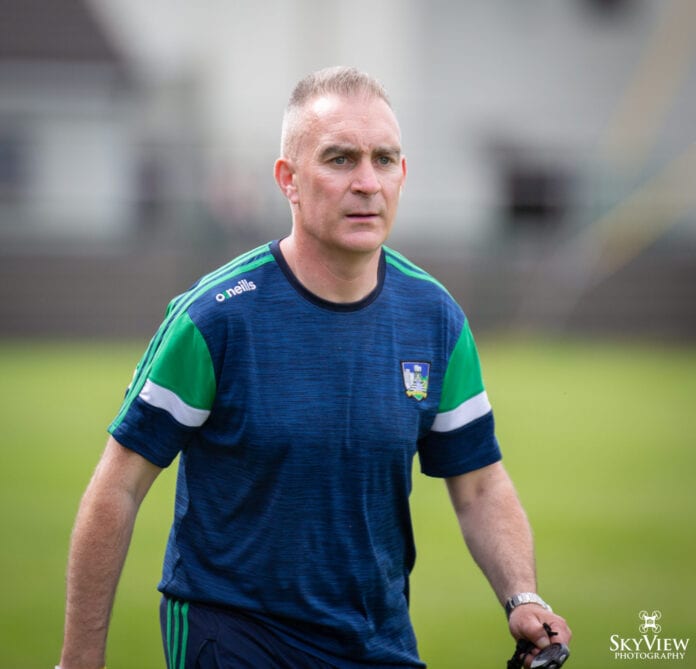 PAT Ryan’s Limerick Senior side face Cork this Saturday in the 2021 Munster Camogie Championship final in the Ragg at 3.30pm.

That win came twelve months after Limerick were beaten by the same opposition in the 2016 final by two points.

Manager Ryan will have no fewer than 11 of the side that featured in Mallow that day at his disposal this weekend.

That experience will stand to the side who have impressed in League and Championship this year.

“They have to be hungry. One Munster title in a hundred years, their hunger has to be there, we kind of have to take the game to Cork. If you stand up and admire Cork that’s what they want.

“We shouldn’t fear anything and we should really relish it now. Relish it and give it our best shot. Moral victories are grand, we want the win but we were very disappointed after Kilkenny”

To reach the decider, Limerick had to overcome a determined Waterford side, 0-13 to 0-9 in the semi-final in Walsh Park last Saturday evening.

A stop start encounter saw Limerick lead from start to finish, backing up their solid quarter-final where they had five points to spare over the Banner.

Reflecting on the Waterford clash,  Ryan says there are learnings to take with victory the most important aspect in any semi-final.

“It was a dog fight. I warned the girls they had to win that match. They fought very hard to give them their due”

“If I’d have any criticism of our performance, we missed a lot of chances, you have to take your chances. We have to be a little bit more ruthless. It’s all about getting over the line in a semi final.“

Thus far in 2021, Limerick have three wins to show from their five outings with two wins against Clare and last week’s victory over the Deise.

However, arguably their best performances have come in losses, against traditional powerhouses Kilkenny and Galway.

In Cork, Limerick will face the other powerhouse in camogie with Ryan hopeful of a win to further Limerick’s recent progress.

“It would be great to come away with the win from a physiological point of view. I don’t think nerves will be a problem, because look  it’s a game of hurling, go out and enjoy it. We’ll give it our best shot, it’s great to be there anyway.”

Regardless of the outcome this Saturday, Limerick kick off their championship campaign on July 17th against Wexford.

The post PREVIEW: The Limerick Senior Camogie side seek a second ever Munster Championship title against Cork appeared first on Sporting Limerick.