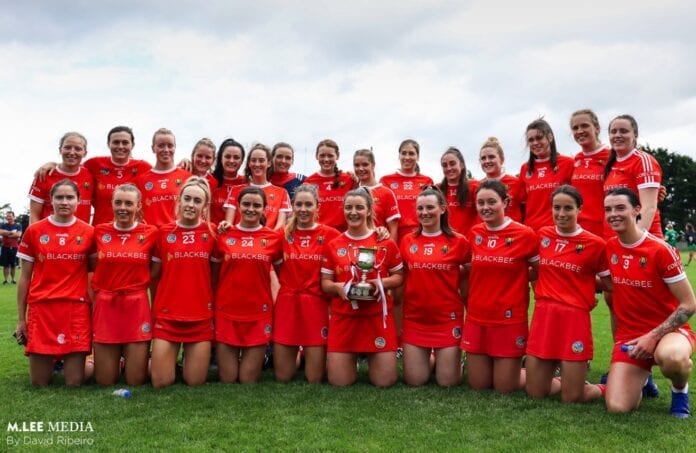 PAT Ryan’s Limerick Camogie side fell to a 4-20 to 2-9 defeat against Cork in the Munster Senior Camogie Championship Final in the Ragg today.

Cork claimed a 62nd ever crown with the 17-point win as Limerick’s search for a second title continues.

At the Ragg, Cork had the first two scores of the game before Caoimhe Costello got Limerick off the mark after seven minutes.

The Rebels owned the next ten minutes as Ciara O’Sullivan’s goal gave them a 1-5 to 0-2 lead at the first water break.

Cork remained on top until the half time whistle with Caoimhe Costello’s five scores keeping Limerick in touch.

Costello opened the second half scoring but a blitz of 1-2 in quick succession for Cork had their lead out to 14 points.

Katrina Mackey’s second goal of the day furthered their advantage as Limerick struggled to get a foothold.

Limerick to their credit, never gave up and a quickfire double of goals from Laura Stack and Judith Mulcahy reduced the deficit.

But in the end, the margin was seventeen as Limerick now look ahead to the All-Ireland championship in a fortnight’s time.