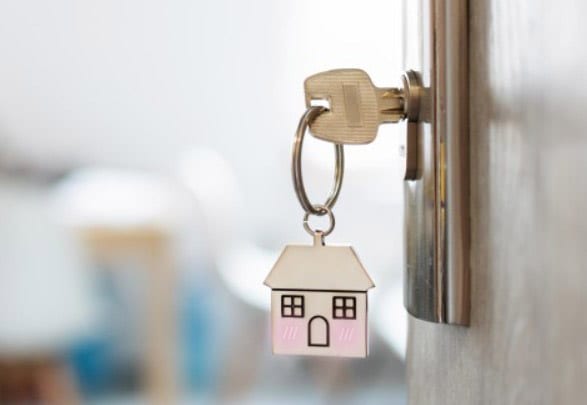 THE plain universal fact, that a truth wrapped in the silk of a lie presents itself as more appealing than simply just the truth alone, is a roundabout phase that I implore you to find your own version of, if you must so that is.

As its a basic understanding, nothing grander than any junior infant could conclude, that of overpromising, that on the face of it, the truth appeals less on its own, then if it’s paired, promised, or packaged with, a lie.

All in an effort to get closer to acquiring some fundamental want, or crossing some ideological and/or political bridge, which for the two latter, must starting to feel just out of distance to cross, anytime a election cycle starts.

The entrenched sides, of either the devoid blue, mucus green and bike coloured government, less pressed with the housing question, but with the more demanding question shared by Taoiseach Martin and Taniste Varadkar, that of, which of them will have to find the replacement doormat to Dail Eireann, once Eamon Ryan and the greens lose their influence come the next election. But that is putting the bike before the FFG cart.

Or, the other entrenched side of the entire opposition, looking for the mite within themselves to muster the strength to cross that one final election bridge. Regardless of the honesty of how they get there. Because in a party looking to thwart the leviathan of FFG, and display the new age of party politics, how not best to start than telling false truths, and yes, overpromising.

The housing discussion in this country, not unlike the rest of the world, sits at the unmoveable crossroads of “not moving fast enough” and “lie about economics for votes so we can move it faster.”

The implementation of rent freezes as a precaution, and safety net during the pandemic, should be treated as such, inherently tied to the pandemic, once one it effectively over, the other must follow suit.

Unlike the suggestions of the Labour party to expand the scheme for another 3 years, to move away from its intended purpose to aid the renters in a pandemic, that if not brought in, risked the complete toppling of the market, with spread evictions due to the spike in unemployment, given the numerous lockdowns. Those fears now ever dampening with each passing day, and each passing vaccine shot, protecting the market.

The expanded form of rent freeze described by Labour’s housing spokesperson Rebecca Moynihan to “to stem the skyrocketing cost of renting in Ireland.”

There are acts that are low, but even lower than the rent prices that labour fantasies bringing about through this measure, is using this scheme, a pandemic central scheme, to push further rent control measures on the market.

The issue of rent control is simple, it doesn’t work, but you would be unaware if you listened to every party in the run up to the Dublin Bay-South by-election, I doubt you have listened to all of them, I myself could barely get passed Cllr James Geoghegan without being infected with chronic Political Narcolepsy.

The thing that most politicians don’t explain about rent freezes/control when they’re selling it as a fix for the housing/rental crisis, so you’ll give them your vote, is that it didn’t work when it was brought in initially 4 years ago (See Fiona Reddan’s Irish Times article on the result of rent control/freezes since 2016)  and bolting on more measures onto a ship destined to sink in the Liffey, Lee and Shannon is such clear endangerment to future renters it almost passes by the mind with no great shock that the one thing a Fine Gael and PBP candidate can agree on is housing ineptitude.

As shown in Fine Gael’s run housing department that was thanked by the opposition for enacting this fool’s gold solution to the current Housing and rental crisis, that in the short, medium, long, or any standard of time you want to judge this, is an inevitable catastrophe to be backtracked in the future.

From economists at world renowned Universities, such as Richard Schmalensee from MIT, speaking on rent control/freezes saying: “Unless all the books are wrong, this is wrong”, or Edward Lazear from Stanford University talking about how it might help those in the short run: “Even in the short run, (rent freeze)/control induces owners to move property to other uses or misallocate the property,” or the economist Michael Greenstone saying:“ Great if you are lucky enough to get one of those apartments! Bad for all others.” And finally, from David Autor, economist at MIT, saying: “Rent control discourages supply of rental units. Incumbent renters benefit from capped prices. New renters face reduced rental options.”

Rent control, in a economical sense is not supported policy, at all, as stated, the forced capping of growth not only reduces the rate at which landlords make money, which if put off, reduces the supply even more, the freezing of rent for a prolonged period, as stated by Greenstone, only benefits those initial waiting renters, but the allocation of rent control measures decrease the likelihood those initial renters that benefited, to move, given the stagnating price of their property, resulting in the metaphorical rental ladder being pulled up by those initially benefiting from the control scheme, further decreasing supply, and most notably, decreasing supply for those underneath the current rent cap and the middle class the comes after this measure, alienating a market eaten up by middle class families unwilling to move from a stable rent property.

For these low-income and future middle-income individuals, what remains the best solution to provide supply to them, and not just to middle income individuals, is staggering simple when you think about it for this long, build more houses. Preferably outside of the Dublin housing snot-bubble.

The boring truth of sticking to construction, is less appealing than the truth rapped in a lie, that you can have the boring right answer, alongside the populist lie, passed and backed by all parties, so much so they start to out due each other’s screaming for it, by suggesting the government has seen 5 years of wasted housing policy, only to suggest a policy the govt they brought in under 5 years ago.

Now that, Ladies and gentlemen, brothers and sisters, comrades and friends, now that truly makes one think, that the housing discussion in this, or in any country, is one rarely discussed by any party……with a single, solitary shred of honesty. “Who knew!” the choir responded.