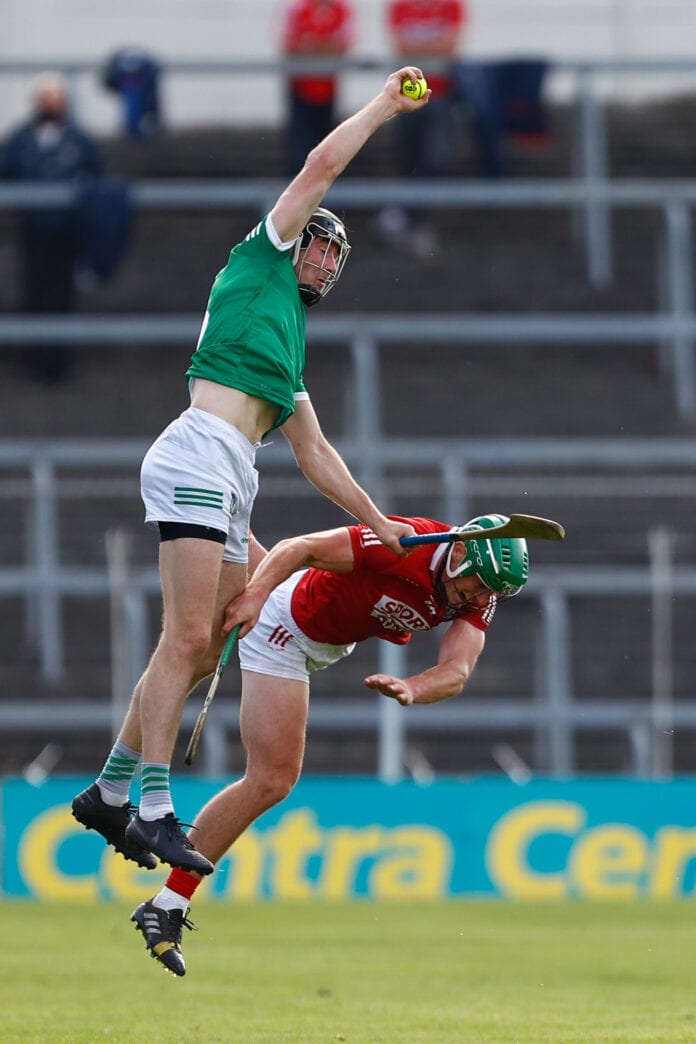 JOHN Kiely’s Limerick hurlers are back into the Munster final after they defeated Cork in their semi-final clash on Saturday evening.

The 2-22 to 1-17 win over the Rebels continues Limerick’s bid for a three in a row of provincial championships.

In the decider they will face Tipperary, as they did in 2019, after the Premier county beat Clare in their semi-final on Sunday afternoon.

In the wake of the game, we look at some of the talking points to emerge from Semple Stadium.

Against the defending All-Ireland and Munster champions, Cork came into the game as outsiders despite Limerick’s up-and-down league campaign. And the goal thirsty Rebels raised the first green flag of the day through Shane Kingston on the stroke of the quarter hour mark. Ten minutes later, they were presented with a glorious chance for a second from a penalty.

But standing in front of Cork’s all-time scorer Pat Horgan, Nickie Quaid pulled off a brilliant save to deny the Rebels a five-point cushion. Limerick tacked on two points quickly after to restore parity and a brace of goals from Darragh O’Donovan and Kyle Hayes prior to the half took the wind out of the Cork sails.

Despite Limerick’s struggles in front of the posts, Cork rarely looked like troubling the reigning kingpins after Quaid’s intervention. In the final 45 minutes after the stop, Limerick outscored the Rebels 2-16 to 0-12 with the Effin’s man block the real turning point in the game as John Kiely said,

“Patrick Horgan on a penalty, you’d back him nine times out of ten, or ninety-nine out of one hundred, but fair play to Nickie, he did his job well.”

Earlier this year, four Limerick defenders were singled out for All-Star awards with goalkeeper Nickie Quaid claiming his first. Sean Finn was selected at corner back for the third successive year with Dan Morrissey adding to his 2018 award. Kyle Hayes and Diarmaid Byrnes were first time recipients at wing-back.

The return of 2018 All-Star Richie English saw Morrissey resigned to the bench from the start against Cork but the trio of Finn, Hayes and Byrnes were in scintillating form in Thurles, not missing a beat from their stellar 2020 campaign’s.

Kyle Hayes got the all important second goal with a brilliant finish after he demonstrated his impressive athleticism. On the other wing, Byrnes helped himself to 0-3, with two of those long range efforts coming in the second half.

In the corner, Finn was able to curb the threat of Jack O’Connor as the Bruff man further distanced himself as the best defender in the game.

Hayes’ goal helped Limerick into a six point half time lead while Byrne’s scores came at a time when the Shannonsiders were wayward in front of goal. While others were far from their best, Quaid, Finn, Byrnes and Hayes ensured they weren’t punished as a result.

Others fail to flatter in flat opener

And while the defenders were somewhat close to their best, Limerick’s attacking unit really failed to fire in Thurles apart from their goal blitz prior to the half. It is not unlikely to see Kiely replace a number of his attacking stars, such is the shift that they so often put in.

But on Saturday, it seemed more of a case of trying something different with Tom Morrissey replaced after 45 minutes without a score. Aaron Gillane was taken off with less than ten minutes to go but the Patrickswell man also failed to score from play. Gearoid Hegarty did get a couple of scores but his ever reliable long-range shooting seemed off in Thurles.

Each are superstars of the game in their own right and will be hardly a cause for concern despite how it appears on the surface.

Contrasting to that, it could be a blessing in disguise for Kiely.

One thing that will certainly be addressed in the Limerick camp over the coming week is the sheer amount of wides that the Shannonsiders racked up in Thurles. Limerick were wide of the mark no fewer than 20 times!?

From Gearoid Hegarty’s point prior to the second half waterbreak, Limerick went ten minutes without a score, hitting a number of wides in the meantime. What’s worrying for the management is the inaccuracy with the majority of wides coming from shots well within Limerick’s scoring zone. The brace of goals will do a lot to dilute this but for a side that are so reliant on long-range scores, the radar was certainly off in Semple.

Had Limerick been as efficient as they usually were, there is no reason to suggest they couldn’t have broken the 40-point barrier.

And this will act as the other side of the coin for Kiely and co. They were able to defeat Cork without ever hitting top gear and with an amount of missed chances.

Limerick’s rearguard smothered any Cork resistance and if they can mingle that tenacity in defence with accuracy up front, the three in a row is definitely within reach.

Tipp stand in the way of three-in-a-row

In Pairc Ui Chaoimh on July 18 it will be a repeat of the 2019 decider as Limerick take on Tipperary in the Munster final. On that day two years ago, Limerick put the Premier to the sword with a 12-point win for a first provincial crown in six years and only second since 1996.

The last team to complete a three-in-a-row in Munster was Tipp from 1987-89. The same team will be tasked with stopping the Limerick juggernaut from emulating the achievement. The 2019 edition in the LIT Gaelic Grounds was Limerick at their unstoppable best but two months after that game, it was Tipp who were holding Liam MacCarthy honours.

Tipp, like Limerick, were not at their best in their semi-final victory but great teams know how to win and in a fortnight, it will be a battle of two of the best.