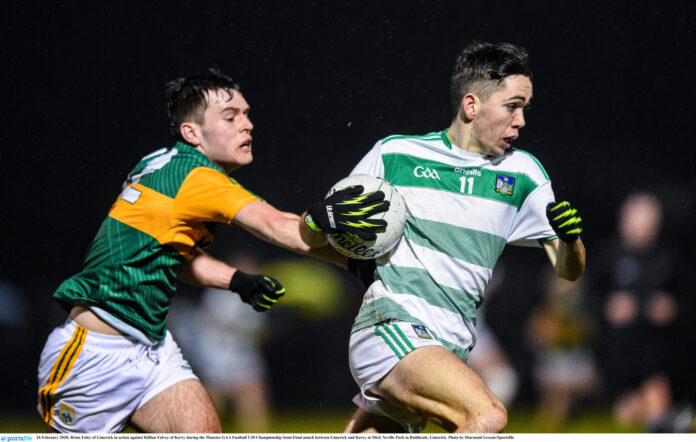 Jerry O’Sullivan’s side left it too late to spring to life and Brian Ahern’s well taken goal came with the final action.

Limerick were seeking a third victory in a row over the Premier County following wins in 2019 and 2020. Limerick led narrowly at the first water break, 0-2 to 0-1, with captain Brian Foley and Eliah Riordan on target. Tipperary looked dangerous at times with Barry Kehoe opening their account on eight minutes. Limerick looked brighter early on but a number of wides allowed Tipperary back into the contest.

Tipperary stepped it up a gear between the water break and the half-time break. They had five of the next six scores, including a brace of frees from Sean O’Connor. Limerick replied through a Colm Ryan free.

Tipperary cancelled out a wonderful Patrick Shanahan effort with another Sean O’Connor free, the Clonmel Commercials forward ending the first half with five points. Limerick, to their detriment, kicked six wides.

The Treaty trailed at the second half water break, 0-14 to 0-6, with James Molyneaux and Darragh O’Keefe finding Limerick’s early second half points. Tipperary continued to impress up front with Barry Kehoe notching three points from play.

Limerick did finish the game much stronger, but despite winning the last quarter by 1-4 to 0-2 were unable to worry Tipperary with a significant comeback. The much needed green flag until the final seconds of the game. Brian Ahern rifled to the net with the last kick of the game.

Paddy Christie’s Tipperary advance to face Waterford next week who scored a surprise 4-5 to 1-9 victory over Clare also played on Thursday evening. Kerry face Cork in the other semi-final.