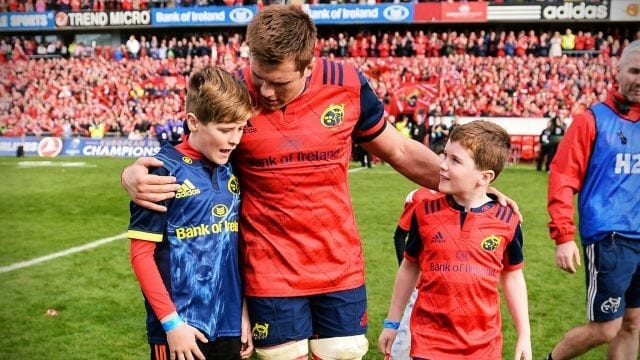 FOLLOWING a stellar career, Ireland and Munster’s CJ Stander announced his retirement from rugby this season.

The 31-year-old mentioned that over the lockdowns, he had time to take a step back and reflect.

“During the lockdown, I did a stock-take of what matters most to me in life. My faith, family and this incredible game I have played since I was six years old easily topped the list.

“However, I came to the realisation that my commitment to rugby has started to take an unfair toll on my family, who both in Limerick and South Africa have made considerable sacrifices for more than 25 years to allow me to live my dream.” he said.

Stander was a fan favourite and clocked up an impressive 156 caps for Munster, ever since his arrival from the Bulls in South Africa in 2012.

He plans to remain in South Africa after this Summer’s Lions Tour and live with his wife Jean Marie and their young daughter near his family home.

Watch the best bits of CJ Stander for Munster and Ireland here: