Home Rugby Ireland WATCH: Craig Casey on his Irish minutes and what he has learned... 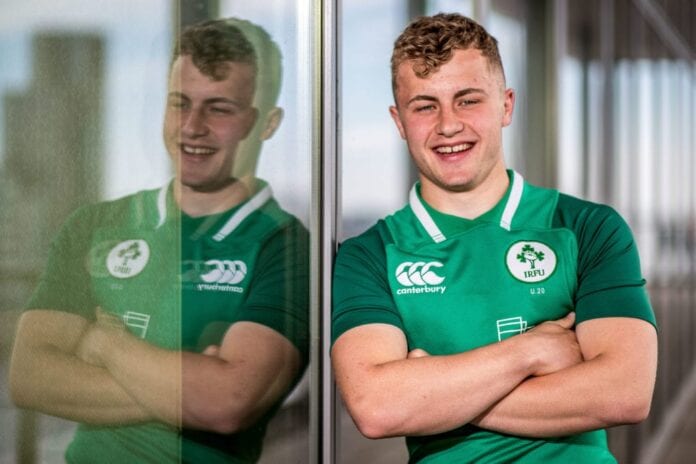 MUNSTER Rugby scrum-half Craig Casey is in line to win his third Ireland cap in Saturday’s Test match with the USA.

The 22-year-old made his Ireland debut in February, would have loved to get some minutes under his belt against Japan on Saturday, but ended up seeing only four minutes of action as injury issues limited Andy Farrell’s options.

“I understood the situation,” Casey says.

“Chris (Farrell) went down pretty early with a head knock, and you never want to see that. And then Billy Burns came into the team and Joey Carbery moved to centre so that was a bit weird. And then with Jordan Larmour off early with his injury, it’s just about the team at that stage. We wouldn’t have wanted to see a forward on the wing or playing with 14 men with 10 minutes to go against a Japan side.

Casey has learned to be patient during international windows, but is hopeful to get the opportunity to make a more meaningful contribution against the USA this Saturday.

Even though getting on the pitch is always the end goal, he says it isn’t the only measure of what makes a successful international camp.

“Being in international camp, everyone judges it thinking it’s the minutes on the field and that that’s where you learn,” he says, “but you are learning every day just being around top quality players and top quality management.”

The post WATCH: Craig Casey on his Irish minutes and what he has learned on international duty appeared first on Sporting Limerick.