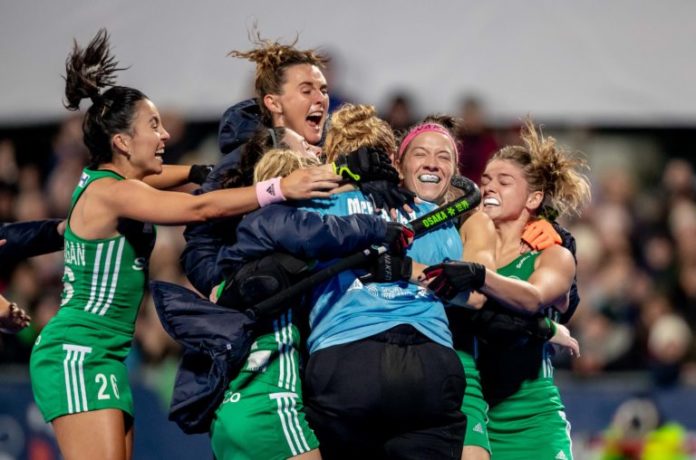 WITH just over two weeks until the 2021 Tokyo Games commence, Ireland’s Tokyo bound athletes and teams have been making their final training preparations at the Sport Ireland Campus and availing of the world class indoor and outdoor facilities.

Over the last week, the Sport Ireland Campus has hosted a number of Irish athletes from a multitude of sports including Limerick athletes Róisín Upton, member of the Ireland women’s hockey team, and Greg O’Shea, member of the Ireland Men’s Rugby Sevens team. This is the first year that both teams have qualified to compete at an Olympic level.

Upton and O’Shea, along with their fellow hockey teammates, will soon depart Ireland for Tokyo to compete in the long awaited 2020 Olympic Games. The Sport Ireland Campus has seen several other Team Ireland members completing their final few days of training including Olympic veteran and modern pentathlete, Natalya Coyle, Paralympic swimmers Ellen Keane and Nicole Turner and gymnast Rhys McClenaghan.

The Sport Ireland Campus has undergone significant growth and expansion throughout the last five years, adding an extensive range of high-performance centres. The ongoing expansion of this unique venue, to include a hotel and sports village, will allow Sport Ireland Campus to continue hosting elite and amateur competition, while supporting athletes of all abilities to reach their sporting potential.

Michael Murray, Chief Operating Officer of Sport Ireland Campus, commented: “We pride ourselves on our world class sporting facilities which are open to our elite athletes and also the general public. We are delighted to see more athletes than ever using our facilities to put the finishing touches on their training regimes prior to heading off to Tokyo. From all at the Sport Ireland Campus, we wish Team Ireland athletes the very best of luck at the 2020 Games and look forward to welcoming them back when they return home.”