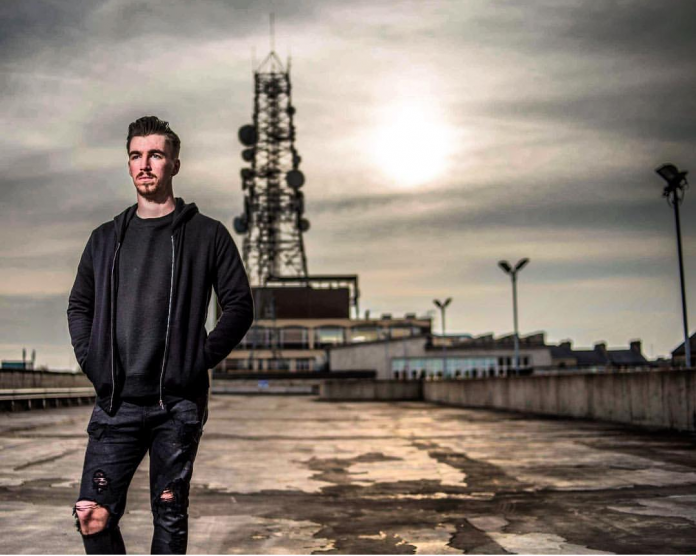 LIMERICK band Raging Sons have seen great success from the release of their singles in recent years. The alternative rock group are looking forward to August, where they will release their debut album titled ‘2020’.

The band has been making their presence known in the music industry with the release of three popular singles ‘Tonight’, ‘Breathe Easy’ and ‘Someone Else’s Love’. The rising band have Colum Kelly on guitar, Damien Ruddy on bass, Fint Tynan on vocals and Adam Reeves on the drums.

The groups talented drummer Adam Reeves discussed the upcoming album and the history of the band, the ups and downs along the way, how they got together and how they have reached this point in their music career.

With the release date set for the album that has been in the works for several years as recording began in December 2019.Next month will now be the period in which the band will have their debut album available on all music streaming platforms.

In recent years the group has split up and reformed. However, the break has allowed for greater appreciation of one another while also enjoying the creative process more in the time since they’ve joined forces once again.

Speaking on the upcoming album, drummer Adam Reeves explained what the singles and album mean and how the album has different Genres within itself as he said :” They’ve all been totally different…they all came around in different ways, like tonight was born out of us breaking up as a band…the album has got a mix of stuff”.

With the delayed release of the album due to the pandemic the Irish band have had to patiently wait to see their work released. However, Reeves mentioned how there are more important things in life and that the lockdown gave him more “emotional gratitude” to be able to make music throughout the year, something that is “deeply personal” for the drummer.

“I’ve been very lucky in terms of health and family…super grateful for that, I went to see my grandparents, both sets of grandparents and both are fully vaccinated…you can give them a hug, whatever has gone before, you can be annoyed there’s no gigs, but what matters is still there, it makes you grateful for what you do have” he added.

The group now finally have their sights set on august for their debut album to be put out while hoping to gig as soon as possible in the near future. The Raging Sons artist loves making music with the band he considers family and more than just success and business, the Limerick native wants to enjoy the moment and the process of making music with close friends. “I think we have a really nice vibe…We’ve always had that kind of cohesion, I’d hate to be a pro level guy who was brought in because he’s a pro level guy and you’re on the business end of things, I don’t know you lose some of the passion in that I guess” said Reeves.

With the album set to take the music industry by storm following three successful singles the Drummer who is also in another band known as Left on Read said he cant wait for Raging Son’s hard work to pay off and illustrate the passion and creative talents they possess.

“The fact that’s it come around now, were so close…this is like to show that the last couple of years were worth it”.

For more on the band and the musicians experiences we sat down with Adam Reeves for the Limerick Post Show and discussed the Bands plans moving forward, upcoming events, the history of the band and of course the highly anticipated album.

Watch part one and two of the full interview here: