Home News Community “He was the life and soul of the hurling team and community”... 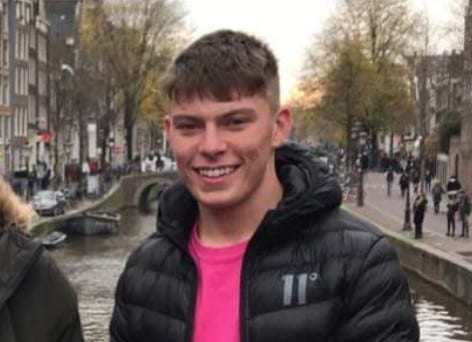 TRIBUTES have been paid to a talented young Co Limerick hurler who lost his life in a tragic accident on the Greek island of Ios over the weekend.

The deceased, named locally as Darren Whelan from the parish of Kildimo/Pallaskenry, sustained fatal injuries after falling from a height, sometime between last Saturday night and Sunday morning.

The 23-year old, who had studied Civil Engineering at Limerick Institute of Technology, had travelled out to the Greek island with friends to celebrate graduating from college.

A Greek police source said local police were investigating the incident but were understood to be treating Mr Whelan’s death as “an accident”.

Local Independent councillor and barrister Emmett O’Brien, who is a family friend, said his “thoughts and sympathies” were with Mr Whelan’s parents and his two brothers.

“His untimely passing has left utter devastation in the locality of Kildimo/Pallaskenry, he was the life and soul of the hurling team and the social fabric of the community.”

“I often socialised with him, he was a lovely gentleman, very friendly, very intelligent, and he had a huge career in front of him.”

“We are all shocked with numbness at his passing, he was a great kid,” Mr O’Brien said.

A college friend said Mr Whelan and a small group of friends had “gone away on a holiday to celebrate finishing college, it is totally unexpected, we’re all shocked”.

“He was full of craic, he’d have you in stitches laughing, there was never any malice about him, he was a real comedian.”

Sean Cuddihy, Secretary of Kildimo/ Pallaskenry GAA club, said everyone at the club was devastated after hearing about Mr Whelan’s sudden passing.

“Our focus has been on getting his teammates together and supporting them. He was very versatile, he could play anywhere, and he did,” Mr Cuddihy said.

“We are playing Senior hurling this year for the first time in our history and (Darren) played from half-back/midfield, to half-forward this year.”

“We got all the players together and got a person who works in the mental health area to speak to them and outline basically how to look after themselves and each other over the next while, because it is going to take time for the body to come back and for the funeral.”

“Absolutely, our thoughts and prayers are with the family and the club will support the family in whatever way possible,” Mr Cuddihy added.

“As we go through life we learn that what matters most are the friends we make along the way. I was privileged to know Darren and call him a friend. He had all the qualities we appreciate in a friend he was loyal, honest, caring and great fun,” Dan McSweeney said.
“We will miss him but we know he will influence our lives in the years to come. To his Mam Geraldine, Dad Eddie, and brothers Gavin and Eamon and extended family, we offer our sincere sympathy. Our great memories will sustain us into the future,” Mr McSweeney added.

In a further tragic twist, Mr Whelan had been a close school friend of 19-year old Jack Walsh, who fell to his death from a balcony, at a hotel in Mallorca, Spain, in June 2018.

Mr Walsh, a triplet, passed away at Son Espases University Hospital after sustaining critical head injuries in a 12m fall.

Both men had served together on the playing pitches at Coláiste Mhuire Askeaton.

Mr Walsh, urged by his parents Tony and Sandra, and sisters Tara and Orla, worked for an electrical subcontracting company in Limerick, and was described as “a key player” in Askeaton’s youth soccer team.

The two friends had appeared in separate videos online in 2014, participating in the ALS Ice bucket Challenge, after Mr Walsh had nominated Mr Whelan.

A spokesman for the Kevin Bell Repatriation Trust confirmed it has been contacted to offer assistance to the Whelan family in helping to organise to repatriate Mr Whelan’s remains home for his funeral.